“Stones and crystals belong to the earth and can never be truly ‘owned’ by anyone.”

Possibly one of the most common inquires I receive is, “Why do I seem to keep losing my crystals and stones?” First, know this – it’s not unusual for healing crystals and stones to simply get lost, disappear, and seemingly abandon you at the strangest times! These ‘losses’ may be temporary or permanent, and it does often seem that sometimes your most beloved stones are the ones that walk away – but it’s not the end of the world, and you may have even ‘sensed’ that it was time to ‘free’ your stone before it got ‘lost.’

Why Crystals Get Lost – They are Much Like Humans! 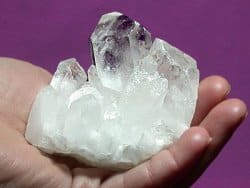 Crystals are recognized as being alive

Consider that crystals are recognized as being alive – living pieces of Mother Earth – conscious, and aware, with the ability to think, perceive, receive, and store energy and information. That being said, it’s not surprising that these living crystals wouldn’t want to remain in the same place forever – they want to rock the world, too!

Crystals have the uncanny ability to sense when the possessor needs them, and they seem to sense when it’s time for them to move onto a new home. Your stone may simply be hiding from you in effort to propel your journey and exploration into new stones better suited to your intentions and manifestation needs as you seek attunement with the Higher Self. However, those vanished healing crystals and stones can also crop back up at seemingly random times – simply because their vibrations senses yours needing their assistance once again… how cool is that?

If you’re still feeling forlorn or guilty about your lost crystals and stones, consider this. Science now proves that crystals can move on their OWN, jumping, turning, and even exploding when exposed to irradiated light. Check out more details on the phenomenon of jumping crystals here.

Give a piece of love and light randomly – become a part of the rapidly growing Crystal Movement! Don’t worry, there’s no signing up or making any sort of commitment to anything – beyond your good intentions as a part of the movement. The goal is simply aid healing crystals and stones along on their journey, to help them move so they can rock the world, and get into the hands of users eager for enlightenment – even if they didn’t know this when they ‘discover’ or are ‘gifted’ with the stone.

As living beings, both you and stones have the ability to sense the vibrational frequency of people in need and you may find yourself drawn to:

Crystals and Stones are Never Lost 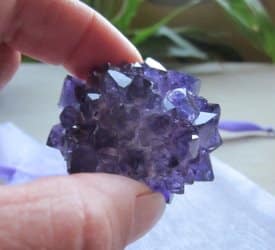 Crystals and Stones are Never Lost

Whether your stones are running, hiding, or just simply temporarily misplaced, as you can see – there’s absolutely nothing unusual about the phenomenon. In fact, as the possessor of such gemstones, you may as well accept that at some point your friends will want to MOVE ON… and by being attuned with your stones – you’ll know and accept that when the time arrives. Such insights and awareness are empowering, and also give you an opportunity to pass along the love and light – you could voluntarily FREE your stone as a part of the Crystal Movement! Just remember – when gifting, be sure to cleanse the crystals and stones.

Have you ever lost your stones or crystals? Did they ever return to you unexpectedly? Any experiences with crystals moving or shifting on their own? Tell us about your experience.