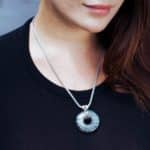 LightShield™ Quantum Stone Pendants utilize our unique proprietary quantum technology to infuse stones, precious metals, and gemstones with sacred harmonic frequencies that resonate with your higher potential. Quantum Stones jewelry pieces are designed and treated with harmonic energy that moves through your mind and body in the designs of the creative forces of the universe! (See Video at bottom of this page for more details).

Your energy vibrations go higher and positive thoughts and intentions are magnified upon use. These LightShield™ infused pendants are scientifically proven to raise vibrations, and auric testing has shown that they can aid in realigning one’s chakras to a harmonious, more balanced state. In a balanced state, one can raise their state of consciousness, achieve higher states of enlightenment, and realize a greater sense of emotional and physical well being. These quantum infused stones also harbor the ability to reduce the effects of harmful EMFs, which source many of our most common daily ailments like headaches, insomnia, and exhaustion.

Many stones boast high crystal compositions, and each stone gives off its own unique form of subtle energy that is determined by that crystalline structure. Healing stones vibrate in a way that resonates and strengthens particular energies within each person. Each stone gives off a specific narrow bandwidth of subtle energy vibration because of its structure and chemical makeup; hence, the stone itself is the primary source of this vibration. Our exclusive LightShield™ infusion process simply magnifies each stone’s energetic potential.

How the LightShield™ Process Works

The LightShield™ Infusion process and our exclusive quantum generator technology is a trade secret. However, we don’t play music, reflect radio waves, sunlight, or simply use well-intentioned thoughts during infusions.

Our LightShield™ infusion process is a one-of-a-kind method of quantum energy technology that allows the memory of known balancing, healing, and energetic frequencies to be literally locked into each stone and crystal – much like information is stored on CD’s and the crystals that operate much of today’s technology.

Each pendant undergoes a set of high vibration generator processes to prep the jewelry for harmonic code imprinting. These imprints are harmonically based scalar wave frequencies that spin in a singular direction and have successfully been used in healing since ancient times. Scalar waves are simple physical quantities that are not changed by coordinate system rotations or translations; rather they have a fractal structure, carry information, and don’t dissipate across any distance.

Rather than stand-alone frequencies, LightShield™ infused jewelry utilizes harmonic codes identified in nature as a base. Once the stone’s memory is unlocked, we infuse THREE scalar sound frequencies – The Sound of the Sun, Sound of Earth, and Shield My Aura. We run the sounds through a wave collapsing process and permanently infuse them into the pendant or stone.

The LightShield™ quantum infusion process causes stones to emit high frequency subtle scalar waves that generate and harness energetic quantum information that raises the frequency of the human body. Externally, these elevated scalar wave ‘information’ frequencies enhance the body’s external bio-energy field, which is also composed of multiple frequencies and information often referred to as Quantum Energy. Inwardly, scalar energy facilitates cell permeability and can enhance the physiological cell functioning within the body to help restore balance and health to our systems.

A primary reason why this technology has such a profound affect on the body is due to its high water content—especially within the blood, heart and liver. Water in the body responds to nature and has a high capacity to pick up frequencies and carry ‘messages’ tor extended periods. LightShield™ infused pendants are designed to work with all of the body’s systems and functions without any discomfort or side effects. Quantum Stones simply promote one’s natural ability to heal the mind/body/spirit by altering harmful wave forms and naturally raising one’s harmonic vibrations. 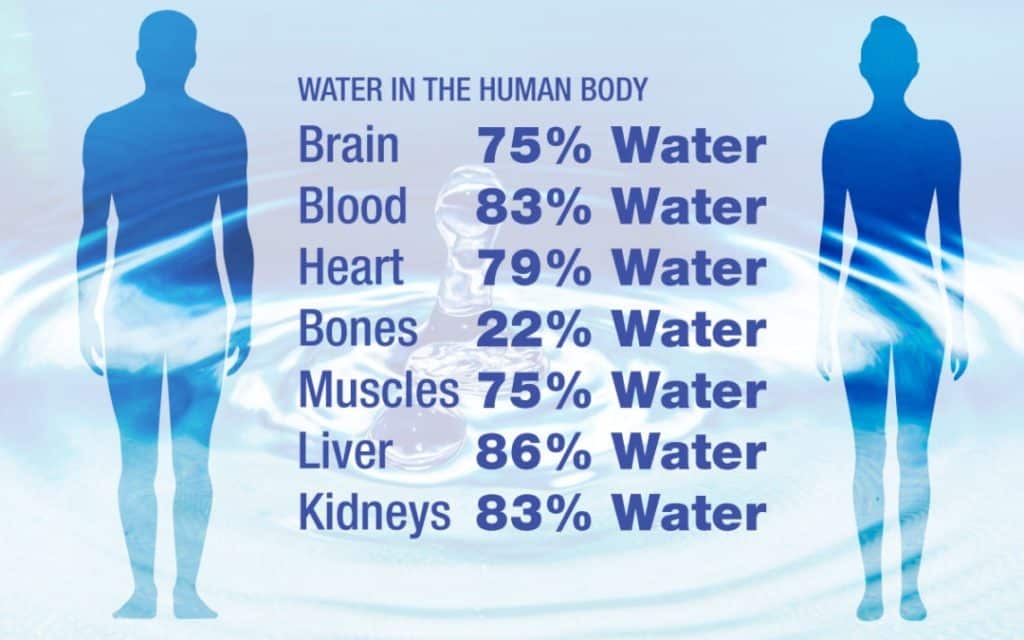 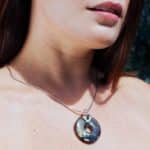 Electromagnetic frequencies, or EMFs, are all around us – computers, cell phones, microwaves, smart meters, etc. – bombard our bodies with harmful electromagnetic pollution. Studies have now linked EMF exposure to fatigue, headaches, insomnia, anxiety, depression, memory loss, and a weakened immune system, making finding a tool like EMF protection stones essential. You can wear your pendant or place the stone in your pocket, and you can place it between you and electronic devices you spend a lot of time using.

So, exactly HOW do stones and crystals offer such protection? The LightShield™ quantum infusion process along with each stone and crystal emits a high frequency subtle scalar energy field that disrupts the lower frequency EMFs emitted by electronic devices, substantially reducing their damaging effects. While the word ‘shielding’ is often used to describe this effect, this technology doesn’t actually block EMFs, rather it alters the radiation waves to align in a parallel fashion. This quiets and reduces the energy of the fields, quieting them, and lessening their penetrable energy fields on an immeasurable quantum level, hence causing less interference and cellular communication with the body that causes damage. 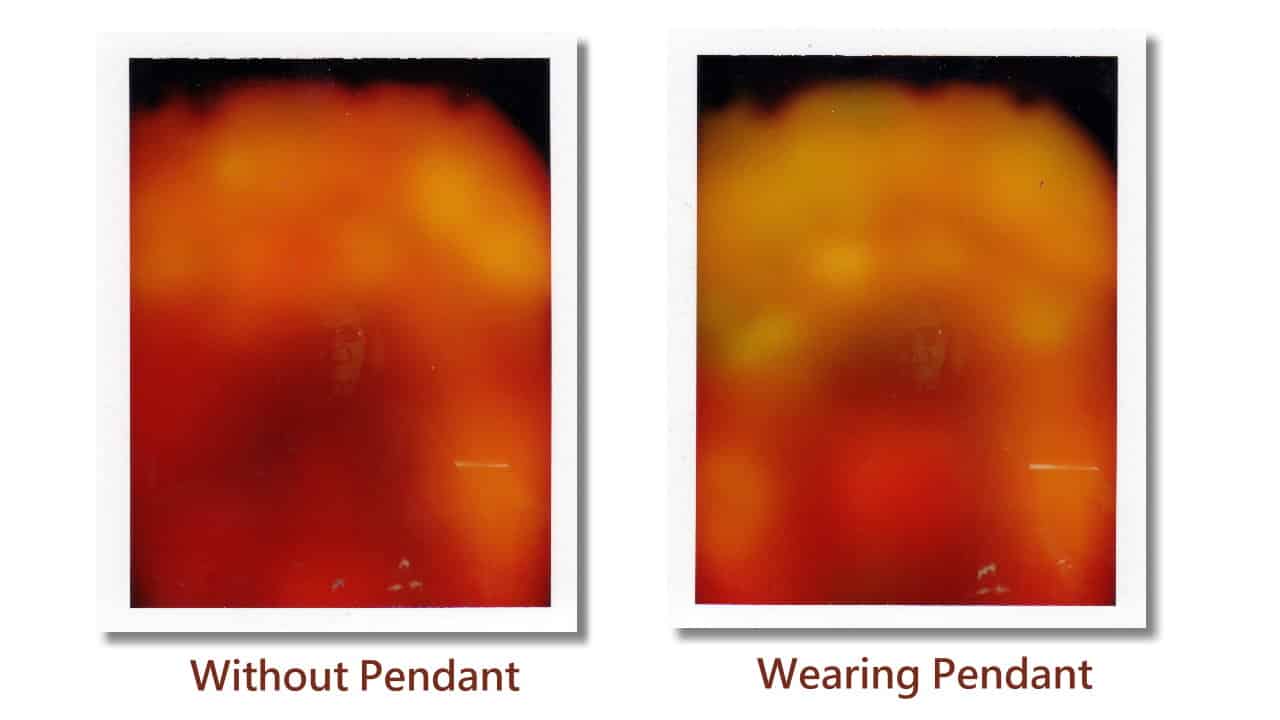 All of our pendants help raise your vibrations and strengthens your auric shield, however some of our most powerful stones and crystals for EMF protection include:

Concerning Our Pendant Lines with Magnets…

Magnet therapies are often employed to ease a variety of conditions, including chronic or symptomatic pain. We have included magnets behind the center stones in a few of our pendant lines including our Egyptian Eye of Horus and Scarab pendants. Taking advantage of the polarity of magnetic fields, the energetic resonance of the scalar wave frequency infusions and the abilities of the healing stones and crystals themselves are magnified.

****Please Note: If you have any serious medical condition, wear a pacemaker, or have any artificial surgical implants that may be negatively affected by magnetic devices.

Electro Photon Imaging (EPI) or Gas Discharge Visualization (GDV) has the ability to observe and detect energy – light, vitality, and stress – around the human body and objects, allowing such forces to be recorded in an active state. EPI uses light electrical currents to induce a response known as sliding gas discharge which emits a glowing resonance of light energy photons or an ‘electron cloud.’ While invisible to the human eye, EPI/GDV technology captures these energies at work…

Kirlian photographs of auric fields are commonly used to evidence the influence of quantum infused jewelry upon the balance of one’s energetic resonance, and this technology is also based upon EPI/GDV testing. However, we wanted to see how LightShield™ pendants would photograph using these same technologies in an independent study of our own.

When compared against base line readings of structured water alone, each LightShield™ infused pendant shows significant increases in energetic output during the process of  EPI testing, particularly within the sterling silver sacred geometries on the pendants. You can see the pulsing energy emitting from the pendants in the image clips above as captured by an optical CCD camera system which has been translated into computer generated files.