At the heart of every great mystical and religious tradition persists a secret, universal truth – The Great Arcanum (a great deep secret; mystery). Throughout history it has been expressly forbidden to reveal the secrets of The Great Arcanum to the public for it was a heresy (person who practiced or had knowledge of Hermetics). 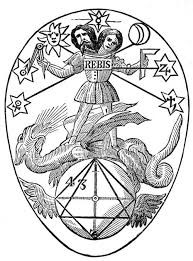 As almost everyone has heard of the term “soul mate” not many have heard the term “twin flame”. Soul mates can be a lover, sister, brother, mother, father, your child / children or friend. It is a connection to your soul family with much love and understanding. A twin flame connection is a spiritual connection that is felt in the mind, body and soul through what is called a kundalini awakening. Kundalini is a Sanskrit word meaning life force energy that is coiled at the bottom of the spine. When you have met your twin flame, or have gone through a personal trauma or through proper techniques taught by a master, we can experience a kundalini awakening. However it can take years to occur naturally.

This bioelectrical energy “kundalini” is written about in the 5000 year old text “Mahabharata”, “Emerald Tablets”, the alchemical studies of the “Great Arcanum”. It is known as the 33* in Free Masonry because there are 33 vertebrates that the kundalini energy has to rise up, to get to the crown of the head where you become illuminated with the realization of god force energy that everything and everyone is connected to, in this reality. After all we are electric, and this is our most powerful bodily capability that leads to generating life force energy. Through practice, a heart awakening or trauma it can be directed up our spines through our chakra energy centers elevating heart and brain activity.

Through my vast research I have found the same meaning portrayed in all religions (from latin religare meaning Union) written allegorically, and hidden in artifacts using symbolism.

It is steps to a higher levels and understandings of consciousness.

Through the kundalini awakening before, during, or after, you crave for more knowledge and understanding of what is. You consciously or unconsciously start to balance your right and left-brain hemispheres through knowledge, spiritual awareness and overall life style changes. Which is either a result of a kundalini experience or leading up to one. It is in fact a metamorphosis of this human experience in its own right, of the body, mind, and souls evolutionary process elevating us to higher understandings of who we are and how we relate to this planet. 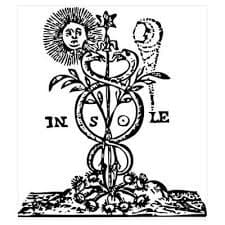 Although it can be a euphoric feeling at first, I have not yet read or heard of anyone having a smooth kundalini awakening because the knowledge is so overwhelming as is the experience of this reality. It demands that you break through mental and emotional blockages, physical baggage, unveiling truths like layers of an onion as well as life style changes and again can take years or life times.

From my own kundalini experience and wanting to know as much as possible about what I had and was experiencing I began to do non stop research on ancient history, alchemy, all religions, quantum physics, cymatics, Fibonacci math, Pythagoras, astronomy, astrology, monarchs, secret societies both occult and political, healing frequencies, medicinal herbs, the earths electro magnetic fields (ley lines) etc. all in hopes to finding out what was happening to me. In the end of my diligent quest, I realized that all spiritual female/male icons, written about in both religious and ancient texts was the kundalini and twin flame destiny that we all have access to. Although at the same time it is a life’s work in practice for most, which makes a twin flame physical union a difficult and rare one.

Once you have realized that the ultimate goal in Alchemy for example is changing base metal into gold, is in fact an allegorical meaning, and through the decoding of alchemical drawings, this can be understood. The Sun/Male (Gold Metal) and the Moon/Female (Silver Metal) is another representation of the left and right brain hemispheres being balanced, known as the work of the Great Arcanum. “As above so below, as within so without, as the universe, so the soul” -Hermes Trismegistus. This passage is telling us that when we work on balancing our selves, we can also find the same balance outside of ourselves with another being, which is defined as our “Twin Flame”. 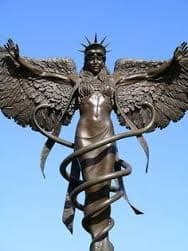 This is what Isis and Osiris, Shiva and Shakti, Jesus and Magdalene as well as many other deities before represented, known as the Hieros Gamos (sacred marriage of the god and goddess). The uniting of such twin flames is very powerful because of the multiple levels of connections between the two, that it results in a telepathic and eminent feeling of energies of one another, that are felt even when apart. It becomes the “magnum opus” (the work) and if there is enough understanding from both parties and they successfully unite in this lifetime it becomes a higher mission that they will accomplish together.

It is a spiritual/science experience, an inner knowing of the polarities of the negative and positive electrical forces of physics- It is nature, human nature and it is something that the forces of nature will continue to lead you to time and again, lifetime after lifetime no matter how painful, until we get it right. It is purely the forces of nature, the 7 universal laws of Hermetics, originating from the 50,000-year-old Emerald Tablets authored by Hermes Trismegistus (meaning the messenger of the 3 great ones  +man –woman and the holy spirit or god force).

Unfortunately we have dogmas of material wealth, political, cultural and religion, embedded in our psyche from generations of programing. In addition to a tech age which is further disconnecting us from nature. Lets not forget about all the toxins we are being bombarded with, in particular the Halides (fluorine, bromine, chlorine) that crystalize our Pineal gland (third eye) one of the two master glands of the endocrine system. Which is responsible for hormonal and neuron transmitters, serotonin, melatonin, DMT and is our antenna. These toxic Halides diminish our will, alter our state of reality, lower our IQ and make us more docile. Halides, chemicals and heavy metals are in our food, water, and air making it difficult for the body to stay healthy and connect the dots. 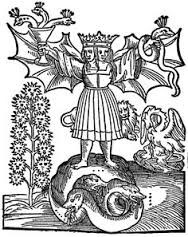 We tend to forget and are not taught the hidden knowledge in the ancient calendars such as the Maya, Zep Tepi, Kali Yuga, Gold Silver Bronze and Iron Age, were in fact record keepings of our celestial eco system.

These calendars were very important to the ancients and to the Vatican, which is why they have the largest telescope in the world called “Lucifer”. They knew from certain planetary alignments that everything is cyclical and that every 2150yrs a new constellation (zodiac) system would begin and that the entire celestial system takes approximately 26,500 yrs. to complete. From a scientific point of view these planets that align create a magnetic push and pull exchanging energies that effect the electro energies of the earths electro magnetic grid (leylines)- that we are connected to. Increasing our energy centers and intellect. After all the organ that holds the most electricity is our heart, which is why it gets measured through EKG’ s and where does it get its electrical energy from?

In conclusion to this passage I believe that the shadow government that has been in control for centuries knew of these alignments that are well documented in the ancient calendars. I believe that this is why we are being bombarded with toxins and disinformation. Why sexuality is further becoming desensitized in mainstream media, our monetary system destabilized, our freedoms being stripped one by one, propagated terror in other countries around the world, as well as our own. Keeping us in a perpetual state of Chaos. It says it right on back of the privately owned Federal Reserve currency “Et Pluribus Unum” Order out of Chaos”. All this sabotage of our god given birth right in the name of hording knowledge, greed, control and sociopathic behaviors, the architects of this current Matrix system have diligently put into play. We cannot and will not let the dark side of humanity destroy us. It is time to wake up, love humanity and this human experience we are all sharing. Mother nature is supporting us. “Knowledge is Power” – “Applied knowledge is Freedom”. The TRUTH will always surface. 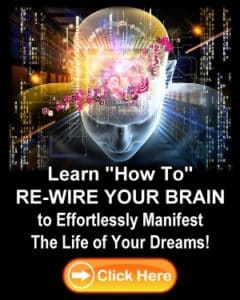