The startling documentary Mobilize is the first feature-length film of its kind – examining the possible long-term affects of cell phone radiation. Going a step beyond citing the most recent scientific studies that lend strong merit to the dangers of mobile phones, this film also reveals how legislators and tech companies work together to keep these risks out of the public spotlight.

According to filmmaker Kevin Kunze, his in-depth probe into the dangers of cell phones sheds light on how harmful the electromagnetic radiation is on the human brain. Even the World Health Organization has openly stated that cell phone use may indeed be carcinogenic to humans due to their emissions of electromagnetic fields – and the WHO isn’t the only major research center to support these findings.

The 2012 Bioinitiative Report directly correlates cell phone radiation with brain tumors. Just some of their findings include: 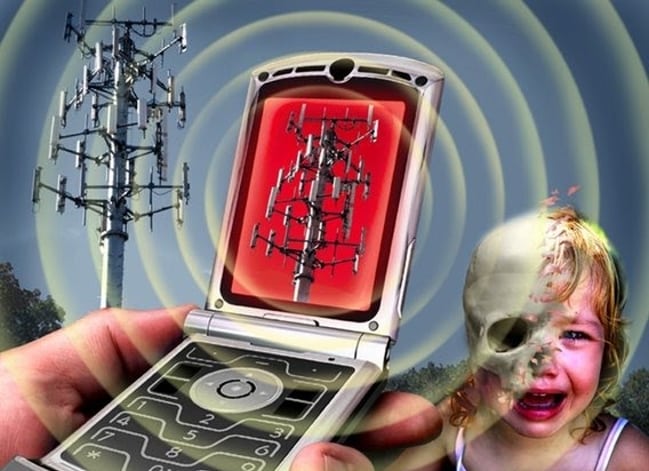 Who’s Most Vulnerable to Radiation Dangers of Cell Phones? Our Children!

Many scientists and medical professionals interviewed in the Mobilize documentary believe that our children are indeed at the highest risk for developing these tumors. Why? Because they are literally the first generation of humans that have had access and exposure to cell phone radiation since birth, and developing brains are far more susceptible to electromagnetic radiation.

It might help you hold onto your sanity when you allow your tyke to entertain themselves while playing games or chatting on your cell phone. And certainly, if you have teens traipsing ‘who knows where’ – allowing them to have a cell phone seems like a must. However, as with many adults, teens and small children are often spending more time on cell phones than ever before – and there are startling statistics saying that our children are most vulnerable to EMF dangers from cell phone use.

Somewhere buried inside that manual that came with your phone, they’ll be some type of fine print warning you that cell phones should always be held at least 1 inch away from the head. In other words, the crafters of this technology know the risks – so why do they put those deceptively convenient earpiece holes on the device? The good news is, using plug-in earpiece (not Bluetooth or wireless) headpiece can help minimize the risks slightly.

With these risks being continually researched, why don’t we hear more about the dangers of cell phones? Consider this scenario. There’s an article like this one on a site with paid advertisers – and right next to the article, an advertisement for Verizon or Sprint is proudly displayed. Clearly, not many sites sponsored by such advertisers are likely to get these warning pieces posted or promoted very often.

Shying away from conflicts of interest seems to be the primary interest of The Wireless Association known as CITA, and Mobilize shows us how the FCC helps this enterprise regulate the media’s lack of discussion about cell phone radiation. Learn more about the studies and politics of keeping a hush on the dangers of cell phones – watch the Mobilize documentary!

Get Mobilized with the Mobilize Documentary

While it’s only being screened at select California theaters currently, this documentary won the Slate Award for Best Documentary Feature at the 17th Annual California Independent Film Festival – deserving winner, we believe! Mobilized will be available on DVD this fall, so don’t miss your chance to get ‘in the know’ with the fabulous information in this mind blowing video!