You are here: Home › Spirituality › 5 Ancient Interpretations for The Meaning of the Tree of Life

1. Christianity – The Tree of Life in the Garden of Eden

Within the center of the Garden of Eden, the Tree of Knowledge of Good and Evil was said to grow alongside the Tree of Life according to many Christian translations; however, it’s still hotly debated among various sects as to whether these two trees are actually one and the same. It seems that most interpretations across the board, indeed view these trees to be one and the same.

According to the Encyclopedia Britannica, The Tree of Knowledge connects the heavens and the underworld. The Tree of Life connects all forms of creation, and both are forms of the World or Cosmic tree; hence various religions and philosophies recognize them as the same tree.

Many Catholics tend to view The Tree as the representation of humanity’s condition of an immaculate state as it was prior to its corruption from original sin that fostered the Fall (when the slippery guardian serpent tempted Adam and Eve.) Orthodox Christians often refer to the cross of Christ as the Tree of Life, where the union of earth and heaven encounter matter and spirit. – Essentially, a divine meeting within the heart. 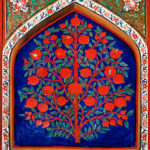 Only one tree – the Tree of Life a.k.a. the Tree of Immortality – is referenced in the Quran. Similar to Biblical scripture, the serpent/Satan tempted Adam and Eve to eat from the tree and to disobey Allah. Hadiths do allude to more heavenly trees, but some Islamic movements view these references as merely symbolic of Adam’s betrayal. The story will seem very familiar to Biblical Christians. God in Quran (Al-A’raf 27) states: “Children of Adam! Let not Satan tempt you as he brought your parents out of the Garden, stripping them of their garments to show them their shameful parts. Surely he [Satan] sees you, he and his tribe, from where you see them not. We have made the Satans the friends of those who do not believe.”

Considered one of the ‘first couples’ in the Ennead hierarchy of Egyptian mythology, Isis and Osiris were said to have materialized from the Tree of Life – an acacia tree of Iuaaset. Considered to be where life and death were enclosed, the direction East represents Life and the rising Sun, and West, where the Sun sets was considered the direction of death and the underworld.

Many creationist myths within this culture reference a serpent and an egg, which sourced a bird of light, and many images of the tree include representations of these figures, as well. Interestingly, acacia trees contain the psychedelic drug DMT, which is commonly associated with deep, spiritual experiences.

A peach tree that produces a single fruit every 3000 years…according to a Taoist story, the one who consumes this magic fruit will become immortal. This is the Chinese Tree of Life. Guarded at the base by a dragon and the top by a phoenix, its branches reach up towards the heavens while its base solidly connects it with the earthly plane. One of the most recent archeological discoveries of our time concerning the Tree in China was at the Sanxingdui pit in Sichuan, where bronze trees of this description were uncovered dating back to 1200 BC. 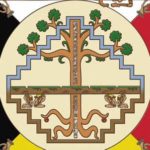 Tomaoanchan is what the Mayan called their heaven, which they believed to be a mystical place obscured by a mystical mountain upon the earth. The World Tree was considered to locus of all creation that reached in for directions. Each direction on the Mayan World Tree is represented by a different color, and its central point is considered the base through each of the layers of existence, the heavens, the earth, and the underworld.

Countless other cultures have referenced this universal representation of creation’s cycle including the Assyrians, Sumerians, Nordic cultures, Baha’I, and the Jewish faith. What is your interpretation of the Tree of Life?