This root has some amazing properties and has been used for thousands of years! 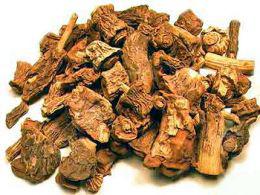 It has a deep history in Ayurvedic herbal medicine from India. Its considered a very sacred herb to many. Its keyed in Ayurveda as a Rasayana herb, rasayana in sankrit means Path of Essence, its a term that refers to lengthening of lifespan or an elixir for long life. It is said that prolonged use of Indian sarsaparilla brings energy and buoyancy to body as if you were to become young again, that’s why its other name is eternal root. This herb has been used for thousand of years, so there must be something to it. Here are the top 5 Health Benefits of Indian Sarsaparilla.

1. Detoxifier~ Its main function is to detoxify the blood and organs. Its antioxidant properties can make way for cleaner blood, increasing overall kidney and liver function by stimulating detoxification, essentially giving your body the proper nutrients to do it on its own.

2. Sexual Tonic~ Since its used as a blood detoxifier, traditionally it is also has been know to help treat STD’s such as gonorrhea and syphilis. Acting as a mild diuretic it can help flush out toxins and the use of the root as a aphrodisiac is well noted in modern herbalism and ancient ayurvedic texts.

3. Digestion~ Special preparations of the root are used specifically to promote better digestion. The root itself contains phyto-chemicals that aid in increasing digestive secretions. Much like digestive bitters commonly used in the Americas, Indian sarsaparilla falls into the same category.

4. Inflammation~ According to Ayurvedic herbal medicine dampness and heat aggravate the system especially when it comes to inflammation. Whether its inflammation on the skin in the form of acne, eczema, psoriasis, sore inflamed muscles or even achy bones, Indian sarsaparilla can help reduce inflammation giving your body chance to heal faster.

5. Sleep and Dreaming~ A little known herbal secret about Indian sarsaparilla is that it promotes deep uninterrupted sleep and most notably increased dream activity. The native people living throughout the Himalayan mountains and many other places on the Indian subcontinent are known to powder the dried Sugandi roots and leaves and mix them with various herbs including Ocimum tenuiflorum (Holy Basil) seeds, Aegle marmelos (Bel Fruit), Nelumbo nucifera (Blue Lotus), Picrorhiza kurroa (Katuka), Carthamus tinctorius (Safflower) and then smoke the resulting blend, inducing visions and putting users in a profound waking dream state. The herb alone is said bring about clear vivid dreams which are guiding posts to a better life.

Now that you have some awesome herbal info its time to put it to the test! I suggest getting the whole root or cut and sifted root and grind or pulverize it yourself. I’ve found that the powdered root doesn’t keep for more then 3-4 months and most herb companies powdered root is substandard leaving you with more earthy bitter cup of tea rather then a fragrant rooty brew. 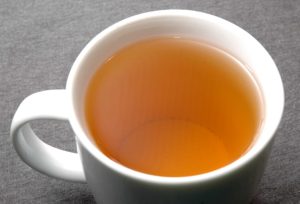 Steep 1/2-1 tsp of the ground or pulverized root into 2 cups of hot water for 5-7 minutes, strain, add honey and cream if you’d like to and enjoy! Be sure to not boil the root for too long as it may breakdown the tasty essential oils responsible for its rooty vanilla taste. Alternatively you can put the powdered or pulverized root into capsules taking 3-5 a day as a tonic.

Whether your looking for a potent gentle detoxing herb, increasing your sexual performance, having better digestion, reducing inflammation or enhancing your dreaming abilities, Indian sarsaparilla may just be the thing your looking for!

If your looking for high quality Indian Sarsaparilla click this link> http://www.dreamcatcherbotanicals.com/product/indian-sarsparilla-hemidesmus-indicus-2oz/

>> Here’s more Research on the topic:  Does Sarsaparilla Have Health Benefits?

Disclaimer: Make sure to always do your research and talk with your medical advisor before adding any herbs to your diet. This post’s information is not approved by the FDA to treat, diagnose, prevent or cure any diseases. The information presented in this post is provided for informational purposes only.

Aaron has been helping people reach their dream and health goals for over 8 years. As a Certified Herbalist from the North American Institute of Medical Herbalism and a passionate plant person Aaron Weis is Avid Blogger, Health Consultant, Rare Plant Collector and Business Owner at http://www.dreamcatcherbotanicals.com
View all posts by Aaron Weis →