You are here: Home › Cultures & History › Emotional Healing › Metaphysics › Conspiracy : a secret plan to do unlawful or harmful things.

Our system is controlled by the same families that control our media, everything we consume, our energy companies, our pharmaceuticals, our controlled education and health services etc. The little top hatted man on the Monopoly board is Rothschild.

Have you ever wondered why you have not accumulated immense wealth from all your ancestors? That is because we have been controlled by the money maker bloodlines for ions. They manufacture economic downfalls using wars. They stole our ancestors wealth every so often, so they can keep us in controlled slave states. History repeats itself because all in the universe is cyclical. The clinical definition of “crazy” is to repeat the same actions over and over again, knowing that the result is the same. 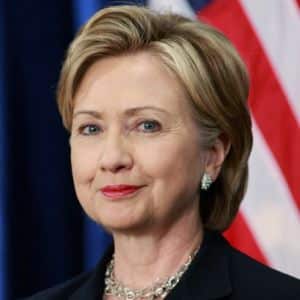 The reasons why Hillary Clinton lost is due to her factual crimes in WACO, Iraq, Lybia, Bengazi Coverup of illegal arms sales to ISIS, the corrupt money laundering Clinton Foundation, drug and pedophilia operations, has lost her bid to present America. Yes, their is mounting  Hillary emails  guilty of pedophilia and cannabilism according to leaked FBI emails sent to Wiki Leaks. Yes, our own FBI was responsible for leaking these 33,000 emails to Wiki Leaks, that you can read!  Not Russia, that they were unable to prosecute and charge her with, because of the big money corporations backing her and lobbying our government officials. Please do the research on Dr Steve Pieczenik and his youtube videos. He has led this civilian coup. Stop watching main stream media. Our lives depend on it!

Dr. Pieczenik was the first psychiatrist ever to receive a PhD. focusing on international relations, and is the only psychiatrist to ever have served as a Deputy Assistant Secretary of State. He served four presidents as Deputy Assistant Secretary of State under Nixon, Ford, Carter, and Bush Sr. and was a Senior Policy Planner under president Reagan. Dr. Pieczenik worked directly with, and reported directly to, Secretaries of State Henry Kissinger, Cyrus Vance, George Schultz and James Baker, as well as the respective White Houses. Dr. Pieczenik was drafted into the Vietnam War. He was assigned in the Public Health Services with the rank of Navy Captain (0-6) to run three psychiatric wards at St. Elizabeth’s Hospital in Washington, D.C., including a ward where serial killers were housed. He was subsequently offered a promotion to Rear Admiral (0-7), which he refused on the grounds that he felt honored enough to serve his country, did not want to take a pension and wished to return to civilian life to follow his passions as a physician, entrepreneur and novelist.

If you do not see and understand what is going on in your world then I highly suggest getting your IQ checked. You are probably contaminated with fluoride, heavy metals and GMO foods.

This is a very hard truth for all of us to face. We have been lied to on just about every topic. Please get your facts straight and stop allowing yourself to be programmed by the tv. The real world news is going to come from the real arena of uncontrolled, freedom of speech, from a plethora of outlets waiting to be heard on the internet, not from the controlled mainstream media, owned by the same people that own our Federal Reserve and The Clinton Crime Family.

An intelligent person takes in all information, dismiss none to make an educated conclusion. 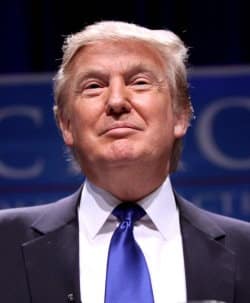 Although Trump is in fact cut from the same cloth of secret societies, according to Newt Gingrich he is not fully initiated.  He is not a bought politician and is willing to go into our corrupt system to clean it out where needed be. It is a 50/50 with Trump in office, a wild card. Though with Hillary it was a sure destruction of humanity. At her last rally the night before elections, she had Lady Gaga wearing a full blown Nazi uniform.Why would she approve such a message? Trump has already announced that he will not be taking his presidential 400k salary and will be donating it to charity. He has also announced that either Rudy Giuliani or Trey Gowdy will be our Attorney General. Hillary’s worst nightmare.

With all her crimes against humanity the one that irks me most is a case that she took on of a 12 year old girl that was ripped off her bicycle, kidnapped, brutally raped and beaten into a coma for 5 days. The doctors told her she would not be able to have children because of her brutal internal injuries.  Hillary Clinton was the attorney for the two men that were responsible for these crimes, and is recorded “laughing” that even though there was substantial evidence they managed to set these horrific humans free of all charges.

I am proud to be a woman and believe in the power of a woman in many facets, but I can not stand by anyone, who may have not had many choices herself initially, though because of greed and power, demonstrates everything that is inhumane, morally and ethically. This is as worse as it gets folks. 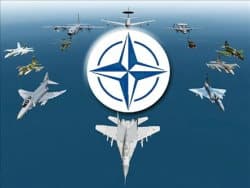 Every single country NATO has gone into – it has destroyed. We have destroyed the middle east and now Europe is being infiltrated and destroyed from the inside out. It is  the Ottoman Empire all over again, home grown and supported by the Zionist Cabal, also known as the Bilderberg, CFR, European Union , Trilateral, illuminati the top .001% we all talk about. Putin stated now that Trump was elected he is willing to negotiate peace and prosper talks, instead of the constant globalist threats of WW3. We are at the beginning stages of governmental and life changes. It is not going to be easy for any of us while in the process of getting rid of the choke hold we are in. The system is still controlled by these people until dismantled. I pray that Hillary supporters all open their eyes, unite and support the freedom of the republic from its enemy’s of the state and world. “Support and Pray that Trump is that insider” to clear the path to a Greater America the world has ever seen.