You are here: Home › Ascension › Energy and Frequencies › Quantum Physics › Spirituality › The Illusion of Time and Other Lies Disempowering the Masses

While there are no disempowering intentions here…introductory paragraphs are often illusions designed to draw you in. That being said, for this piece, let’s just get to the good stuff.

The Lie of Truth

From childhood you are taught ‘truths’ by your parents who have already been through their own process of programming. It is only natural to go with the ‘flow’ – until you have the wake up call that you are free to choose and decide for yourself what is truth. The search alone is the ultimate freedom and the way to your truth. Taking something that you are taught or told as truth and accepting it at face value doesn’t promote personal enlightenment; however, it is doing precisely what you are expected to do by institutions that benefit when individuals stop seeking truth.

The powers that be like governments and religion and the banking system depend on our subservience to accepting certain false truths. Why believe something that sets limitations upon you, puts you in fear, and prohibits you from searching any further? Most of today’s programming lies within television, which tragically alters humans’ societal beliefs as to what truth is… With mind-altering commercials, ‘programs’ like ‘reality’ television, and 24-hour news outlets bombarding us with what to buy, what to think, what celeb is doing who, and other garbage that is of no consequence whatsoever within the scope of reality. Why do you think they call it ‘programming’ folks? 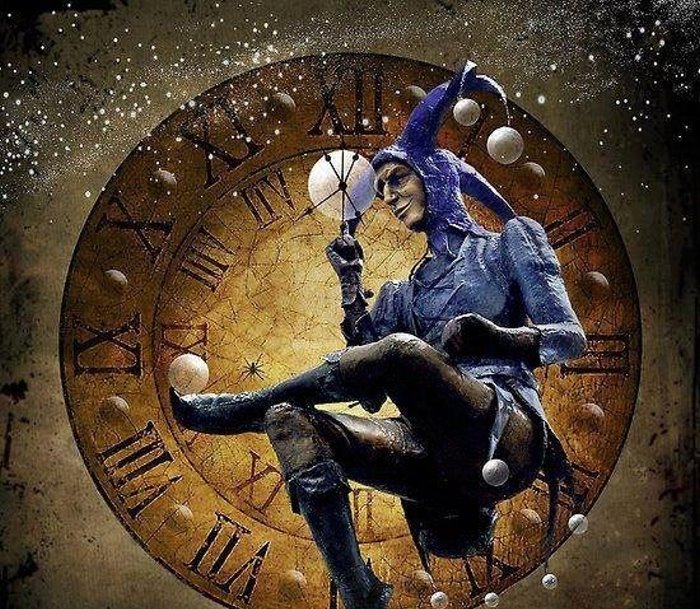 The Illusion of Time

Think about when you felt happiest and free…likely it was as a child. As children the world was virtually timeless – until bedtime – but now so much of our lives are scheduled that we are separated from truly makes us happy. As calendar ‘time’ went on, our bodies grew along with our enslavement to time…where we wake up every day following the same path as the previous day. We constantly look at the clock so we can stay ON TIME!

The illusion of time has forced us to give up being in the present moment, compelling us to constantly think about the future, (which as you know – may not exist.) Life as it is in this very present moment can even slightly be considered ‘real,’ and our souls are eternally evolving manifestations of NOW. Our spirits are eternal and immortal beings; hence, time is merely an illusion intended to distort mankind’s value of the present, to trap us into subservience…and to keep us in fear as low-vibrational spirits.

So, where’s the disempowerment here? Since Buddha’s days, societal expectations have come to promote a greater appreciation for amassing wealth and power, which only a handful ever obtains. The masses however, still struggle to ‘keep up with the Jones,’ and ultimately many people fall into deep debt to support their consumer driven tendencies to maintain the illusion of their own personal success.

Corporations, the banking system, advertisers, politics, and other institutions absolutely love engineering new ways to keep you far from prosperity – right down to making you work and BUY the basic necessities in life! And all this fun is complemented by the system taxing every hour you work and most everything you own or buy until you die. This certainly doesn’t make me feel prosperous or happy, but rather trapped in a matrix…

The Illusion of Freedom

In a world where practically everything is sold as a commodity in some fashion, it seems that the concept of ‘freedom’ is indeed only a dream. As mentioned, necessities like food, shelter, and clothing all cost money – a man-made construct. Money requires work, and that alone takes away your freedom of choice because you have to work to pay the bills and survive, right? Well, technically, you don’t have to…and that’s a low vibrational way to look at it, but the way the system of conformity is designed, can certainly make it seem challenging to live in the present while focusing about tomorrow’s bills, work, etc.

That’s exactly how we are supposed to feel as conformists, but let’s say you cannot work or choose not to…so you rely on taking from nature to survive…that’s a crime and they toss you in jail and take away your freedom. Commit certain crimes, forget to register, don’t have an ID? Forget voting. You’d think that in a land of democracy and freedom – especially with all-time lows in voter turnout – that they’d let monkeys vote for the next batch of political puppets going into office.

And that’s the rub…the concept of democracy itself is merely an illusion with two predominant parties in the pockets of corporations who make it so easy to edge out any third party voices from serious contention. Even if this weren’t the case, politics is a multiple choice option and that’s not offering much choice or freedom to any of us.

Since this little segment seemed to also give the gist of the Illusions of Authority, Law, and Order…we’ll just wrap it up here. I’m certain that many will disagree with my viewpoints, or maybe you have other illusions you’d like to share… so feel free to let it rip in the comments.