You are here: Home › Astrology › Emotional Healing › The Zodiac Signs That Are Most Likely to Become Successful

Everyone sets goals in life every now and again. Most often, the goals we set have to do with our prospect of living well or greatness. We also tend to aim for professional achievements that have to do with strong work ethics.

Work ethic and determination are also part of your birth chart. Now, a lot of people feel that luck has a lot to do with predicting success. But that’s not always the case! Sometimes hard work does trump luck or privilege. Other times, the reverse is true.

For many, solely faith and determination can be the things that move them past obstacles in life. That’s most often the mantra for a successful life and one well-lived. Other times, zodiac signs, or even their Part of Fortune are a determiner of a person’s success.

Each sign is unique in how they try to get to the top. Other signs aren’t interested in the top at all. Come with us and dive into the most successful Zodiac signs! 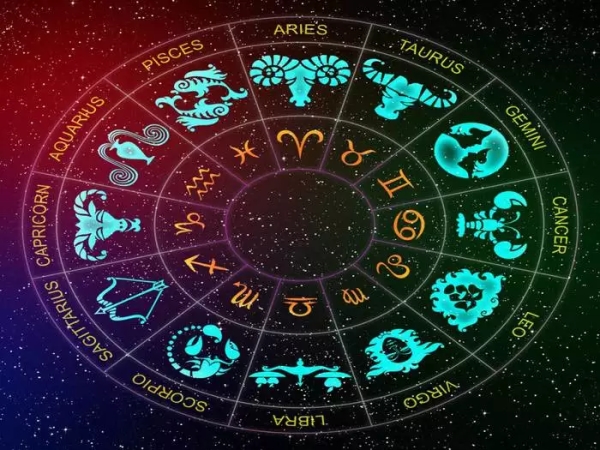 The Ram is a creature designed to succeed all day everyday. They’re brave and determined folk who charge after the things that they want. One way or another, they’ll get it. They have the flexibility to adapt to new challenges all the time.

Game for nearly anything, Aries loves challenges. This trait makes them high-performing employees and leaders in general. Relationships and family life are also easier for Aries because they don’t have high or uncommon demands of people. In that regard, success is much easier for Aries to get than most other signs.

Gemini success often depends on a single very important choice: which ladder to climb. Hear them out! This is often a very difficult decision for a Gemini, who struggle with focus in their work. The best thing for a Gemini to do here is to pick their passion and avoid comparing themselves to others.

When Gemini productively channels its way with words into work, they make great musicians and advocates! Communication skills like that also predict great success as entrepreneurs or CEOs. While they make great use of their communication alone, Gemini shines best at using this in a team.

Weird how Capricorn is third place, isn’t it? Especially when Capricorns are normally high-achieving leaders or CEOs? That’s because Capricorn is ambitious, to a fault. They don’t know when to stop; no amount of success is ever really enough for Capricorn. Their indefinite working spirit makes them hungry for success and so they get it from hard work.

Capricorns grind indefinitely because their ambition makes them feel there’s no point where they’ve “made it.” Even when they most definitely have succeeded already. They’re hard on themselves and will work forever for each taste of success. It only makes them hungrier to keep going.

Leos are famously hard-working and often successful! Some of them are often just like Capricorn in that regard. However, their dependency on looking successful is often what hinders them. Many Leos have the unfortunate flaw of hungering for attention or needing to look perfect.

Because of this, they frequently make bad choices or they’re slow to take rewarding risks. Fear of slipping up and looking bad really messes with them. Their determination to see things through to the end often wins out later, which predicts their success despite imagery fears.

Libra’s success is most often a result of their fine social skills. Emotional maturity is innate to Libra and they value a lot more than ruthless ambition. Libra success doesn’t always mean a big house or lucrative job.

They want a house filled with happy loved ones and a job where they could love working even for free. It isn’t enough for Libra to look good about their success; they want to feel good too. Cooperative and with great eyes for detail, Libras are great to have on your team for success.

The rebellious nature of Aquarians makes them a little difficult to have as employees. They can never just do what they’re told; Aquarius is famous as the rebel sign for a reason. Success comes most often to Aquarius when they work individual jobs where they don’t answer to an employer.

Taurus can have a great life and lots of success! They’re built for it with their humility and down-to-earth nature. Enduring as their namesake bull, Taurus is always ready to go the extra mile for success. You can always depend on them.

Virgos have no problem achieving success every time! It’s their perfectionism that holds them back. Like Capricorn, they’re very hard on themselves. Ambition and hard work drives them crazy sometimes because of how they need it to be perfect.

Scorpio success often depends on the people they surround themselves with. They’ll definitely have the skills to succeed. However, they need a partner who balances them out or they’ll spend too much energy fighting to succeed.

Cancer success depends on their career aspirations. Most Cancers aren’t as interested in career success as being a good partner or friend. Think of them as measuring success differently from the other Zodiac signs.

Everyone wants a Sagittarius co-worker, but no employer really wants a Sagittarius employee. They’re not unable to succeed; they just coast by on the bare minimum because they’d rather be having fun. Often, their best success is with small businesses they can control and have fun in.

Pisces is the least successful sign because their priority is their family’s success rather than their own. Since they don’t place priority on external success, they struggle with day to day demands of many jobs. They don’t need much material security to achieve the “made it” mindset. As long as they’ve got a space to read and relax in, they’re often happy enough.

Maria Hayes is an Astrologer and Author. With 38 years of astrology and fortune-telling experience, I helped thousands of clients over the world to change their lives thanks to my gift. I’m on a mission to change the world, one person at a time using astrology and tarot reading.
View all posts by Maria Hayes →