You are here: Home › Cultures & History › Detoxification › Toxic Tattoos — Reasons to Think Twice Before Getting That Ink

I confess: I’ve been tattooed nine times. Besides designing the perfect tattoo, I always considered the cleanliness and reputation of parlors to be the most important factor in getting inked. Not once did I really think about the ink and its long term risks. I’m surely not alone, as statistics and polls suggest that 45 million Americans have at least one tattoo and that 40% of the 18-25 population have been inked. While health and safety are primary concerns, there’s more to consider before getting tatted.

The US Food and Drug Administration appears to have concerns about tattoos. While tattoo parlors are heavily regulated, ink manufacturers seem to have skirted around being forced to disclose ink ingredients. Perhaps this is the reasoning behind the FDA’s refusal to approve ANY tattoo pigments into human skin at this time. Tattoo ink’s lack of regulation leaves us with concerns including:

1. They typically contain heavy metals
2. These inks are often industrial grade colors that would be suitable for painting cars or using as printer ink.
3. Many red inks can contain harmful levels of mercury.
4. Tattoo ink carrier solutions are laden with harmful solutions including formaldehyde, denatured alcohol, antifreeze, methanol, detergents and more.
5. The FDA warns consumers that tattoo inks could cause infection, inflammation, granulomas, allergic reactions, and fibrous scar tissue.

A primary concern within the industry is needle safety. It wasn’t uncommon for tattoo artists to reuse needles to reduce expenses, and likely many parlors still do. A researcher at the US Centers for Disease Control, suggested that incidences of Hepatitis C have surged, and purports that it’s possible that tattoos have likely sourced twice as many Hep-C infections than intravenous drug use.

The Taboos of Tattoos

Many ancient cultures used tattooing as an indication of manhood, strength, to hallmark achievements, and to honor their status within the social hierarchy. However, those sentiments are commonly associated with today’s tattoos. So beyond potential health risks, there are also certain taboos associated with tattoos in the Western world. 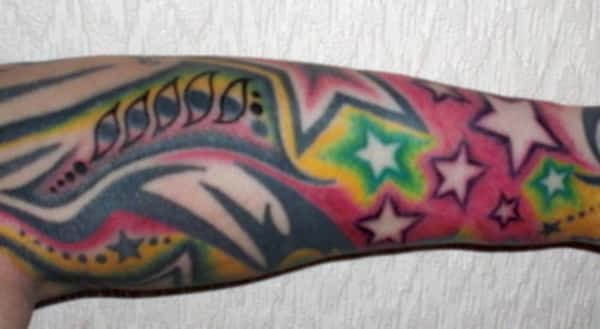 There’s no US law that prevents employers from refusing to hire you OR fire you because of a tattoo — even those that aren’t visible. As unbelievably unfair as they may sound, certain companies view their reputation to be more valuable than one’s right to free expression. Due to the high numbers of applicants and employees with tattoos, many have policies forcing staff to cover any visible art. Furthermore, a recent Harris Interactive poll revealed that one-third of the managers surveyed would be hesitant to promote someone with tattoos, so even if you’re hired, you might be passed over for raises.

There’s no correlation between having a tattoo and participating in socially deviant behavior, but many folks don’t agree. Many people gawk and stare while others turn away in fear of those with several tats. Some still envision hard-core motorcycle riders, gang members, and ruffian stereotypes with their presence. So, beyond your boss and your mother, be ready to be viewed differently, literally and physically.

Depending on the size and ink type used for your artwork, it can cost several hundred and even thousands of dollars to remove it. The process is somewhat painful, and it can take several sessions to get that sucker off. Names are reportedly the most common removal requests for many factors. Breakups, botched artwork, a drunken night of pub crawling, growing old of a constant reminder of a loved one…While it may seem wise at the time, think thrice, not twice, about penning a name on you. As you get older something you once found highly appealing might interest you anymore. For example, you got a pit bull tattoo and years later one bites you — the experience might want to send your tat to the dog pound and shell out big bucks for tattoo removal laser surgery. 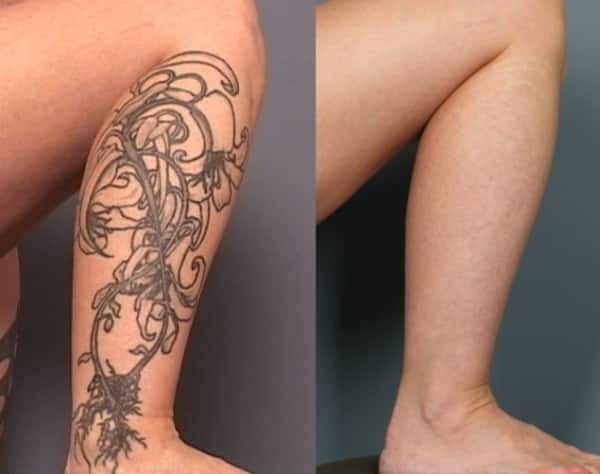 Henna: Henna hails from ancient India and is still widely used today to create gorgeous artwork upon the surface of the skin. Henna is a type of plant-based ink paste created that is simply painted on, allowed to dry, and rinses away to leave one with a reddish brown temporary tattoo that lasts one or two weeks.

Temporary Tattoos: Just like the stick ons worn by kids and adults alike, you can have your own custom designed temporary tattoos made. This is great if you just want to look saucy for a night or want to test drive a potentially permanent design.

Permanent Organic Inks: While these inks don’t feature toxic chemicals, they tend to fade over the years and may require a fresh coloring session periodically. Another benefit of organics is that if you opt for removal, they are far easier to eliminate than heavy metal inks.

Share your tattoo experience with us or discuss your concerns about the safety and stigma of tattoos today.