You are here: Home › Crystals and Stones › Detoxification › Mineral Healing › Energize Water, Eradicate EMFs, and Harmonize the Body with Shungite

In the farthest reaches of northern Russia lies an ancient source of health and wellness in Karelia, and beyond meteorites, it’s the worlds only known source of natural shungite. With an extremely high carbon and fullerene content known only to be present in cosmic material, many believe that the healing benefits of shungite are truly a gift from outer space.

One reason shungite is considered such a valuable natural resource is its fullerenes composition. The chemical structure of fullerenes allows it to hold vast amounts of hydrogen, which promotes shungite’s energy cleansing and balancing potential. Fullerene-rich shungite can neutralize negative energies and contaminants, making it a powerful natural antioxidant for both internal and external healing and protection.

Fullerenes are a natural form of carbon structured like spherical ions when viewed under magnification. These gems of nature were only discovered in the past two decades, earning three scientists a joint Nobel Prize in 1996. Since then, much research has confirmed the vast benefits of natural shungite – primarily its high carbon and fullerene contents – and how they can benefit the mind, body and spirit.

The Vast Potential Benefits of Fullerenes from Water to Soil

While its benefits for physical health have been purported in Russian for centuries, shungite is quickly becoming a popular option for water purification, EMF protection, spiritual growth, and it’s even utilized as a soil supplement. That’s right – the fullerenes and hydrogen potential make it superior for healing, purification, protection, restoration, and even crop growing! 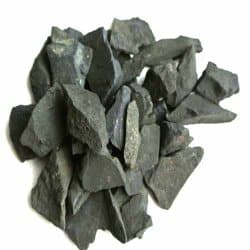 Polluted water is one of the greatest threats facing mankind today and in the immediate future. Millions consume contaminated water every day, bringing a scourge of parasites and internal invaders into the populace, diminishing health and even causing death. Many hope that making shungite stones and filtration devices available globally can aid those lacking potable water.

Meanwhile, millions of people are already taking advantage of simple shungite water purification methods at home. Water treated and energized with shungite tastes remarkably smooth, and the release of fullerenes during the filtration process transforms the life giving elixir into a curative solution for numerous external and internal conditions – both physical and emotional.

Shungite’s Effect on the Body and Mind 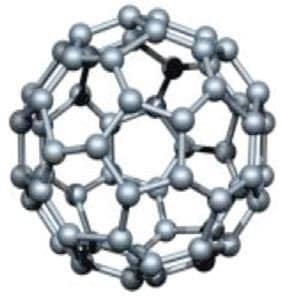 Fullerenes can hold tremendous amounts of hydrogen, and this propels shungite’s ability to attract and neutralize most waterborne contaminants including bacteria, heavy metal toxins, nitrates, VOC’s, pharmaceuticals, fluoride, chlorine, and pesticides. When shungite water is consumed it gently cleanses and balances, and many users report alleviated symptoms for diabetes, depression, emotional trauma, stomach ailments, and allergies. Applying shungite treated water to the skin is known to improve elasticity, relieve skin diseases, burns, and other small wounds.

Russian Shungite harmonizes and neutralizes negative energies and it is considered a ‘consoling stone,’ that harnesses the powers of the Moon Goddess. Its black hues are believed to shield from negative energies and help ground and center one with Mother Earth. Many use pendants, pendulums or Shungite Harmonizers to take advantage of the metaphysical and physical benefits of this miracle stone. 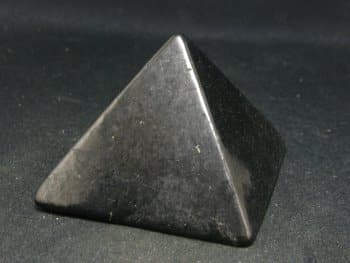 Electromagnetic frequencies and radiation bombard our bodies more than ever before in history. The popularity of conveniences including cell phones, computers, and televisions, wireless devices, etc. permits constant EMF exposure. However, Shungite attenuates electromagnetic emissions and strengthens the biofield, diminishing their harmful effects. Shungite Pyramids are aesthetically pleasing and energy harmonizing, and their powerful geometric structure allows them to offer some of the most powerful protection from geopathic stressors like EMFs.

Tap into the potential of Russian Shungite and enjoy the balance and grounding effects in every aspect of your life. From water to soil, from home to office – shungite is a miraculous stone worth exploring.