Medical textbooks contain several vital pieces of misinformation  about the essential element Iodine, which may have caused  more human misery and death than both world wars combined. Dr. Guy Abraham 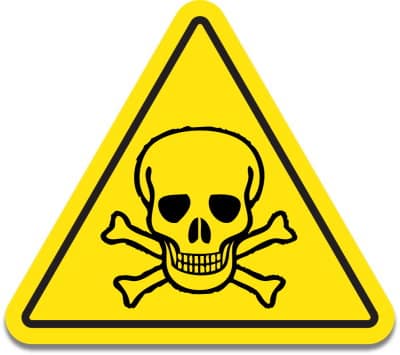 The present situation we find ourselves in demands that we quickly re-engineer not only mainstream allopathic medicine but all branches and alternatives. It has become increasingly clear that the majority of humans are suffering from chronic poisoning. Aware or not, we are exposed daily to radiation, fluorine, chlorine and bromine chemicals, that are found in many of our foods, soft drinks, toothpastes, pools, water, air (chemtrails) and household chemicals. These chemicals and heavy metals accumulate in our body interfering with our neurological system, thyroid function, the endocrine glandular system, and also cause calcification of our pineal gland (aka third eye) lowering our IQ.

When we are iodine deficient our iodine receptor sites will take in it’s halide mimickers -fluorine, bromine and chlorine. Seems that the powers that be know the body chemistry very well.

Healthy levels of iodine detoxify the body of these toxic halide mimickers and, along with proper diet, assist our cells in the uptake of proper nutrients and minerals. Iodine is used by every  organ and tissue in the body. It is absolutely necessary for healthy cognitive abilities, thyroid as well as healthy ovaries, breasts and prostate. These are just a few of the reasons to become interested in iodine. 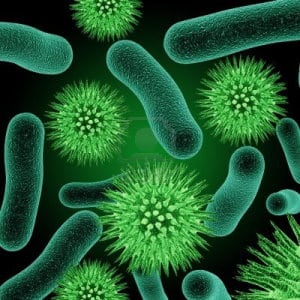 In an age of increasing toxic exposures we all need more, not less iodine because it has very specific protective effects against several common poisons like fluoride, bromide, and to a lesser extent it helps eliminate aluminum, lead and mercury from the body. Dr. Sebastiano Venturi, in Evolution of Dietary Antioxidants: Role of Iodine, makes it clear that iodine is a crucial antioxidant and apoptosis-inductor with anti-tumoral and anti-atherosclerotic activity.

When we supplement with iodine we will see increased antioxidant activity and immune system function. Mark Sircus Ac., OMD

Iodine is an “essential” primary mineral and those who are deficient in it suffer from a wide variety of afflictions. Iodine used to be considered much more important and, up until 40 years ago, it had been routinely added to all our baked goods and table salt as a supplement. In addition todays research presently shows that our soils and vegetation are depleted of iodine resulting 96% of all Americans as iodine deficient. The Governments RDD of iodine is 150mcg which is a far cry from the Japanese daily diet of 13,800mcg which statistics show that they have the lowest rates of cancer and one of the highest IQ’s in the world.

Iodine deficiency is a major cause of under-functioning intellect. Dr. Flechas agrees, In newborn children iodine is responsible for the development of the babies’ I.Q. Recent research shows iodine deficiency is felt to be the source of ADD and ADHD in children.

We have an absolute epidemic of Autism in this country, said Representative Dan Burton. Iodine and magnesium logically should be some of the first things parents should reach for before, during and after pregnancy.

Iodine usage from seaweed can be found as far back as 3600BC China. First discovered by French chemist Bernard Courtois in 1811, Iodine received the name “iode”, from the Greek word ιώδες (iodes) for violet (because of the color of iodine vapor). It has been successfully used throughout history to treat a variety of health issues: 1860 Dr. Rowen, Dr. Condet (goiter), 1900’s Sunkar Bisey and Dr. Regnault (malaria), 1920’s Dr. Marine and Edgar Cayce (goiter). Today we have Drs. Abraham, Flechas, Brownstein and Tullio Simoncini (skin & breast cancer) just to name a few that realize the benefits of iodine and understand that this “salt based mineral is our salvation.”

Iodine is utilized by every hormone receptor in the body.  The absence of iodine causes a hormonal dysfunction that  can be seen with practically every hormone inside the body. Dr. George Flechas

Why? Because of the absence of iodine from our diet we are allowing these halide mimickers we are exposed to daily, calcify our pineal gland, causing us to become more docile, alter our perception of reality, diminish our will, all resulting in an overall lower IQ and lower vitality.  The pineal along with the pituitary gland are the master glands of the endocrine system. When calcified this gland that is responsible for hormonal secretions, neurotransmitters, melatonin, serotonin and DMT does not function accordingly. Now we can see a clearer picture as to why our water is fluoridated, why all SSRI’s have either fluoride or bromide as an active ingredient. Might I also add that fluoride can be found as the active ingredient in rat poison, insecticides, pesticides, antibiotics and toothpaste.

We might go as far as to conclude that there is a concerted effort to keep us iodine deficient – if we are iodine deficient, our intellect, energy and vitality are all compromised and we are significantly more vulnerable to cognitive disabilities, thyroid malfunction, endocrine/hormonal imbalances, breast cancer, ovarian cancer and prostate cancer.

The medical truth is obvious and as plain as day, but most of the time it does not line up with conventional thinking. But given time, mass consciousness and medical science will catch up to the obvious.

From a spiritual aspect, the calcification of the pineal gland, which is our antenna, inhibits us from reaching our higher energy centers, especially the ajna (third eye chakra) and sahawara (crown chakra). These are the energy centers that are responsible for higher levels of consciousness. In Egypt the pineal gland is represented as the Eye of Horus. Throughout ancient history, in all cultures it is represented as  pine cone symbology. Pineal derives from latin Pinea; direct translation of pine cone. 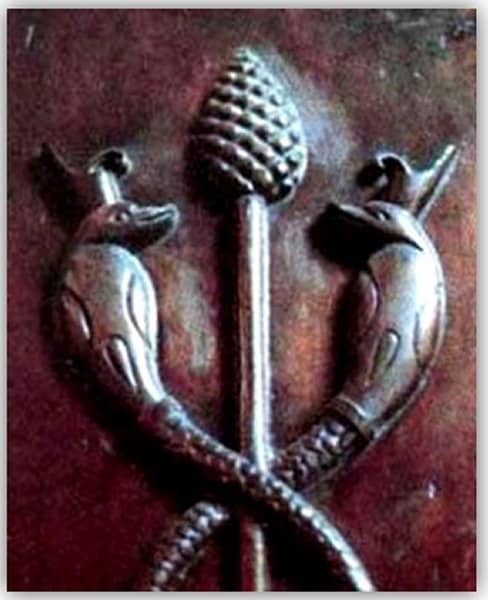 Pinecones have always been occultically (knowledge of the hidden) associated with spiritual enlightenment. Whether we look at ancient Sumerian, Babylonian, Judaism, Egyptian, Hinduism, Chinese, Greco or Roman symbolisim the pinecone and serpents have represented the mysterious link between the physical and the spiritual worlds, which can be found in the human brain. Something that all of our greatest spiritual teachers throughout history taught but as time, religious dogmas and political powers controlled our world we lost touch with this inner knowledge. Alchemist referred to this as alchemy of the human body from lead to its awakened state, hence the golden halos depicted on all our enlightened figures of worship. Coined by the Greeks as the “Golden Age” a state of higher consciousness. This knowledge was taught in Egyptian Mystery schools which will open the doors to spiritual perception, once the seven Chakras are properly activated. The spirit body known as “Ka” to the Egyptians. Stating that we are first souls having a human experience in a human body.

Maggie’s Holistics Colloidal Iodine’s are like no other iodine on the market. What sets it apart from the other Iodine’s is that our iodine is mined 7000ft deep in the earths crust from the Northern Hemisphere and broken down to its atomic state, making it more bio available to every cell in the body- no chemicals used in this process.

Potassium iodine which derives from sea vegetation either from the pacific in which case is Fukushima radiated or farmed. It then undergoes a chemical process and must latch onto potassium or sodium element making it a compound. Maggie’s Holistics Iodine latches onto itself making it a safer, purer form of iodine.

Daring to think out of the box through the past decade has resulted in curing myself of goiter and my son’s cognitive disabilities. He has been an “A” student for the last five years in mainstream academia. I credit my Holistic practices to my new found knowledge that I now share with the world.