It’s being said that the United States has never been as divided as is it is today. While some could care less about politics, many are struggling to find the light amid what many say seems comparable to revisiting the dark ages. Same sex couples live in fear of their marriage vows becoming null and void. Many immigrants live day to day without knowing what tomorrow brings for their families and children, and religious tolerance for certain groups has noticeably dissipated.

What Does This Mean?

That being said,  extreme political divisions hav also stirred up issues such as gender, religion, and race. This gives us a chance to reflect upon the fact that all of these issues are effecting the masses, but those divisions are merely illusions we create for ourselves. The more negative energy we put into the ‘realness’ of these topics, the more real they seem. However, the power to rise and overcome these divisions resides in the hands of individuals and their intentions towards the collective. 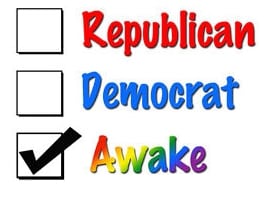 Regardless of whom you voted for and even if you DIDN’T vote, it’s likely you’ve experienced the political divide after the election. I’ve seen people end life-long friendships, couples breaking up, families turn on one another, and death threats on social media long before voting day. The aftermath has brought out the worst in some, while others are learning to let go of political strongholds. Rather than being divided, now is the time for us to come together with the understanding that there’s more power in love than there is in politics. Accept that anything not coming from love in your heart isn’t serving your higher self. 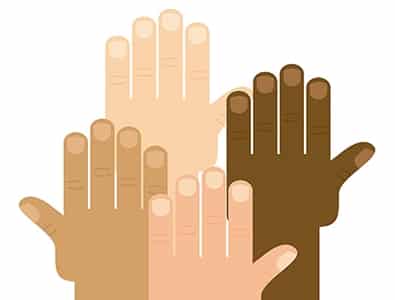 Racism exists in many forms, but it’s most associated with skin color. You may have heard that according to the sociological perspective that race is a social construct and isn’t real. But race is socially real, not biologically real. Many like myself have claimed to see not race…that color lines don’t exist. In retrospect, I now SEE that we do notice the difference in the shade of skin with our eyes, but in many of our hearts it does not divide us or make us any different whatsoever. We are one, equals, and are brothers and sisters regardless of skin tone, and it’s high time to embrace loving beyond such perceived limitations of the racial divide.

Whether you believe mankind hails from the big bang, God, another source, and even if you couldn’t care less, you’ve likely had someone be judgmental or discriminatory towards your beliefs. However, unless you’ve personally ‘seen’ the source of our existence, religion in itself can be considered an illusion. While religious wars are nothing new — in fact almost all wars in history are religious based — we’re seeing drastic increases in localized violence against certain religions in the US. 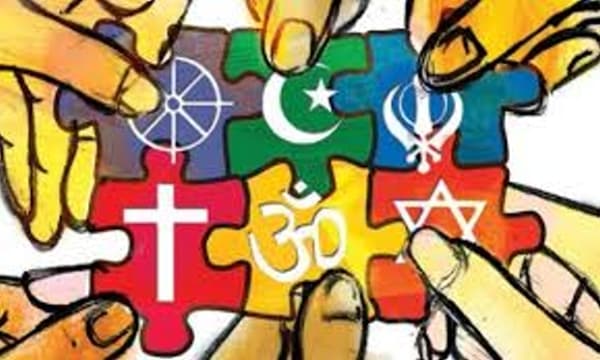 Persecution of Jewish and Islamic facilities have been particularly targeted historically, and the election seemed to cause a newfound surge in hate crimes. Consider that Islam is currently the second largest religion in the world with 23% of the population practicing it. It’s also the fastest growing religion in the world. The term ‘Islamophobia’ confirms that such discriminatory practices such as burning and bombing mosques, etc. is simply fear based. Who wants to live in fear when you can live in love, accepting all paths to God and respecting the religious preferences — or lack thereof — of all humans? 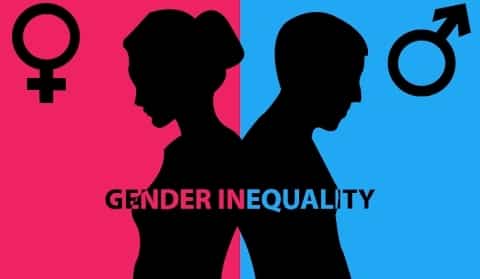 The concept of gender refers to cultural and social distinctions associated with being female or male. One’s sex is determined according to the physiological differences between females and males. Essentially, this means that gender is a social construct that creates false divisions. In fact, if you are familiar with Carl Jung’s philosophical principles on gender or the Chinese concepts of the Yin and Yang, humans are androgynous in nature with both male and female aspects present. Individuals who take issue with people’s gender identity not correlating with their physical sex organs are typically in conditioned by societal norms. They often forget that a person’s lifestyle doesn’t change the fact that we are all one big collective here. I say, let love smash the illusion that gender OR sex truly defines who we are.

We Are One: Live in the Light of Love

Whether you agree with my ideas or not, I encourage you to open your mind to see the duality that exists in any form of discrimination. Try learning to see things from both YOUR side and the other person’s, and perhaps you’ll have a change of heart.