You are here: Home › Detoxification › Emotional Healing › Energy and Frequencies › Intention › Using the Eye of Horus for Psychic Protection and Shadow Work

For thousands of years, cultures around the world have been fascinated by eyes and bestowed them with magical properties. But what makes our eyes so intriguing? Eyes are a powerful symbol for uncovering hidden knowledge and one’s higher truth, and for this reason the eyes have been called the gateway to the soul. One of the most famous eyes in modern culture is the Eye of Horus, a symbol that demonstrates the power of sacrifice and self-awareness. Here’s how you can use this sacred symbol to protect yourself from negative energy and discover the benefits of shadow work. 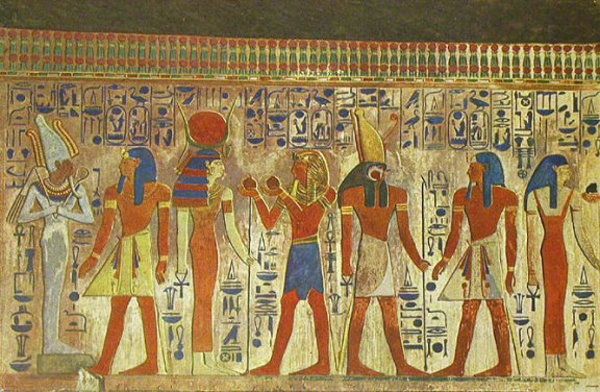 The Myth of the Horus: Courage, Strength and Sacrifice

Horus is the falcon-headed God of Egypt, famous for the immortal symbol of his left eye. Also called the Wedjat, the left eye of Horus was revered by ancient Egyptians for its mystical protective qualities and connection to the Moon and Thoth, God of magic. Horus’s Right Eye, also known as the Udjat, is linked to Ra, the Sun God. A famous myth recounts Horus battling with his evil uncle, Seth, for Egypt’s throne after Seth murders Horus’s father, Osiris. During one battle, Seth gouges out Horus’s left eye and tears it into six pieces. However, Thoth and several minor deities manage to restore the eye and return it to Horus. Horus ends up sacrificing the eye Thoth healed to resurrect Osiris. 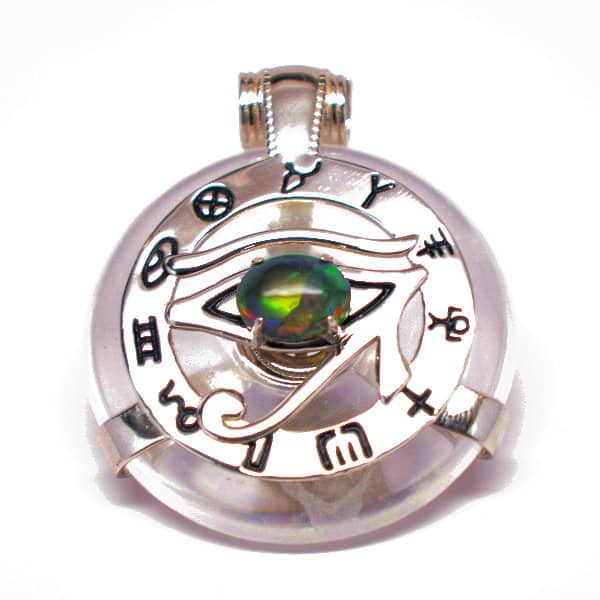 The story of Horus’s eye being used to revive Osiris infuses this symbol with regenerative properties. The Eye is perfect for anyone struggling with low or fluctuating levels of energy, Chakra imbalances or holes in the aura. The Eye of Horus also has magical qualities that bestow its wearer with great protection. If you’ve been struggling with psychosomatic illness or dark thoughts, wearing your Eye of Horus amulet can help heal your mind-body connection and keep you from manifesting your inner negativity.

The Eye of Horus is particularly helpful for victims of psychic attacks. Psychic attacks can be superficial or serious, ranging from someone speaking cruel words about you to being energetically drained by black magick. Symptoms include brain fog, recurring dreams of shadows or being bitten by animals, episodes of severe stomach pain or hunger (the latter occurring post-attack), edginess, poor circulation and sensing someone is watching you even when you’re alone. Psychic attacks aren’t always from our enemies — even loved ones you’ve fallen out with can unintentionally send draining vibes in your direction by thinking angry thoughts about you. If you’re worried someone is sending negative energy in your direction, place an Eye of Horus symbol around every entrance of your home and wear your Eye of Horus amulet to shield yourself. 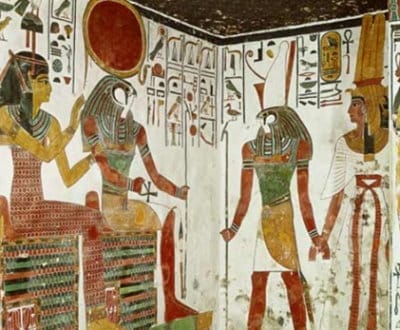 My Story: The Eye of Horus and Repelling Psychic Attacks with Shadow Work

When I began studying creative writing in my first year of college, I encountered a woman who psychically attacked me. At first, I sensed heavy energy surrounding her when my professor praised one of my better pieces. Everything imploded several weeks later when I critiqued one of her stories and she lashed out at me. From then on, I felt her sending seriously negative energy toward me. I left every other workshop with a throbbing headache, and my performance in the class diminished! I began to resent her. Eventually, I researched how to defend myself from negative energy, and in the process I came across using the ‘evil eye’ for warding off psychic attacks. 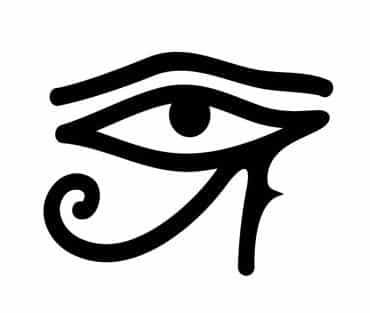 Regardless if my classmate intended to or not, she was psychically attacking me because she felt threatened by the positive attention I received, and she had perceived my critique as an attack. However, her insecurities were only a reflection of my own wavering self-esteem, which stemmed from my self-doubts about whether I was ‘good enough’ to be a writer. This woman could psychically attack me because our energies were in synch! I purchased an Eye of Horus charm and meditated while envisioning a white light simultaneously shielding me from her negative energy and cleansing me of any insecurities I had that mirrored her own. I also set out the intention for her to look within and recognize her worthiness. I no longer felt psychically drained for the remainder of the semester, and by the end of the workshop we were on civil terms. Working with the Eye of Horus helped me dissolve the potential for us to be on the same energetic frequency where psychic attacks could manifest.

Whether you’re interested in using the Eye of Horus for its psychic protection or its divine healing properties, this sacred Egyptian symbol is one of the most powerful for repelling negativity — and as I discovered, understanding and soothing the energies of your inner Shadow.

©Universal Copyright 2016 is authorized here. Please distribute freely as long as both the author Alexa Pellegrini and www.QuantumStones.com are included as the resource and this information is distributed on a non-commercial no charge basis.