Said to have an elemental force that connects the wearer to the Spirits that work with it, shungite stones are full of potential and possibilities. Russian shungite is approximately 2 million years old and mined from ancient deposits the Zazhoginskoye site in the Shunga region.

It’s dark, black hue is believed to evoke the ancient wisdom and memories connected with the Moon Goddess – a figure present and revered in a number of ancient mythologies. Crystal healers consider shungite to be a Miracle Stone / Stone of Life because of its tremendous healing properties. In fact, many healers consider it to be the most powerful tool of transformation within their stone arsenal. The Grounding and Protecting Properties of Shungite Stones

Said to help one adjust and adapt to new frequencies as they begin the experience of ascension into higher realms, shungite stones are considered superior for protection from electromagnetic frequencies and further shielding the possessor from all negative emotional energies within a space. This pragmatic stone helps revitalize one’s energy, propel them along their path, and helps keep them focused, grounded and centered throughout the journey.

Many holistic healers believe that shungite is a catalyst for positive changes and growth, as it helps heal one’s lower energies and prepares them for higher energy work. While this healing stone is thought to aid each chakra individually and as a system, its affects seem to be most profound upon the: Earth Star, Root Chakra, Solar Plexus Chakra, and the Sacral Chakra. 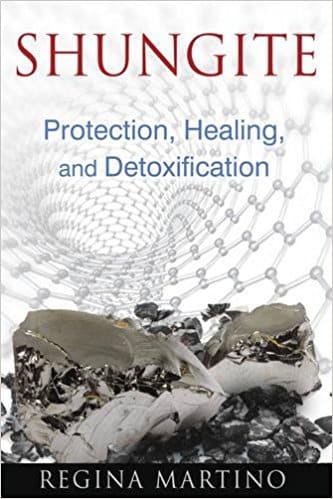 Just a few of the purported benefits users of shungite receive include: Many wearers of shungite stones express relief with heart problems, a slowing of cancer and HIV progression rates, reductions or relief with arthritis, gastritis, kidney and liver diseases, and much more. These are dramatic claims, and while there are some studies supporting these effects, there is no definitive proof beyond user claims on the physical benefits of using shungite healing stones.

Did you know that Russian shungite is commonly used to purify and energize water for drinking and bathing? Studies indicate that these tumbled stones have the ability to restructure water, kill bacteria, and make it taste better and smoother. Some people swear by shungite-cleansed water’s ability to cure skin ailments, improve hair condition/growth, and relieve ailments including sore throats, tonsillitis, colds, and stomach aches when consumed or used as a mouthwash. Many swear by cleansing burns and cuts with shungite water for faster healing and reduced infection incidents.

While shungite is often declared a miracle stone, one must consider that this stone will require regular cleansing, purification, and charging. This may be achieved by placing the stone in the sun for a period or by placing it within a glass of Himalayan Salt Crystals followed by a charging in the sun.