A quantum is a precise amount of electromagnetic energy, and a quanta measures a burst of light and together they maintain the cosmos. Your inner universe is comprised of that same life force, and it’s put into motion through your thoughts, perceptions, and the consciousness by which you perceive yourself and the world around you.

This inner universe consists of seven subtle bodies that encompass your aura, which is merely an electromagnetic field that extends from your core to 4-5 feet into your perimeter.

What are the Seven Subtle Bodies, the Aura, and Chakras?

If you could see the invisible, you’d see the bio-photons that Fritz-Albert Popp proved the existence of the bio-photon back in the early 70’s. These photons are living particles of colored light (quanta) that the human body emits – this is your aura. There are seven subtle layers, or bodies that comprise the auric system, and they exist very much like layers of an onion. The seven subtle bodies hold various forms of information and correspond to the chakra system, which produces energies that create the aura. The seven subtle bodies work like the vehicles of your soul and are:

The Seven Subtle Bodies – Peeling Back the Layers

The energies must pass through the astral plane and heart chakra, e.g. ‘The Fire of the Heart’ to be fully useful and communicative with the lower bodies. Particularly during states of meditation, one has a stronger connection with the seven subtle bodies and the ability to foster healing and balancing of the chakras.

The Etheric Body: Of the seven subtle bodies, the Etheric body energy is only one-quarter to two inches beyond your physical self and resonates at nearly 20 cycles per minute. Kirlian photography allows the entire body to be perceived in generally a bluish the aura. Because the etheric body vibrates with and holds information pertaining to one’s physical health, energies can duplicate in the body.

The Emotional Body: Extending about 1-3 inches from the body, the Emotional layer is obviously where your feelings reside. Typically exhibited by a bright combination of rainbow hues, the field can appear muddled and dulled when negative emotions and feelings are present.

The Mental Body: From 3-8 inches from the body exists the Mental, or third layer of the aura. Containing your ideas, mental processes, and thoughts, this layer is typically associated with hues of yellow light that radiates around the shoulders and head, slightly extending into lower regions of the body to communicate with other levels.

The Astral Level: Spreading about a foot from the body, the astral body represents the bridge to the spiritual realm and is the doorway to the astral plane. As with the emotional body, this field produces a myriad of color; however, because it’s strongly correlated to the heart chakra, more hues of pink are present in a loving individual.

The Etheric Template Body: A template that exists far before the physical body form, this is the template for what you know as the physical body and is thought to co-exist in a different dimension. Extending about a foot and a half from the body, the Etheric template is only visible to advanced healers and clairvoyants. The building block of healing the lower etheric body, this template boasts deep, blue hues possibly because it is a blueprint containing all the forms of the physical world, creating a negative space.

The Celestial Body: Communication with the spiritual ream occurs here as do feelings of ecstasy and unconditional love. Often appearing as bright, shimmering opalescent colors, one becomes more aware of the Celestial body as they raise their vibrations, level of awareness, and consciousness. As you work from the heart chakra to the sixth level, feelings of divine love and a connection with our fellow man become reality.

The Causal Body/Etheric Template: The seventh layer is the mental level of one’s spiritual plane and contains all the other bodies within it, extending three to five feet from the body. This field resembles and egg and it pulsates and vibrates at high speeds that are considered the Zero Point / God Energy. A reflection of everything your soul has undergone, this is the link to the Divine and accepting your oneness with the universe.

Each auric level has it’s own 7 chakras nestled within other auric chakras with each layer extending outwards, vibrating at a higher rate as they expound. This means that the set of seven chakras within the etheric body will vibrate at lower frequency than those within the casual body. This process is what allows one’s energies to transmutate between all bodies to all other chakras for harmonic balance and higher vibrations, particularly when they are cleared and opened.

Enter a quantum quickening by becoming acquainted with your true being as a receptive field of infinite possibilities – and watch your world expand. Choose a Quantum Stone Pendant that will help you balance and discover, heal, and balance your subtle bodies highest energy potential Through simply wearing or meditating with such stones you can embrace your universality as a infinite co-creator of your own consciousness and reality. 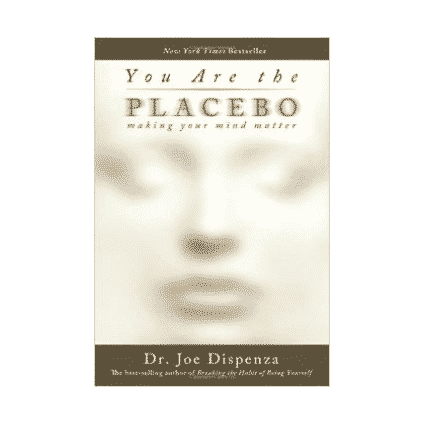 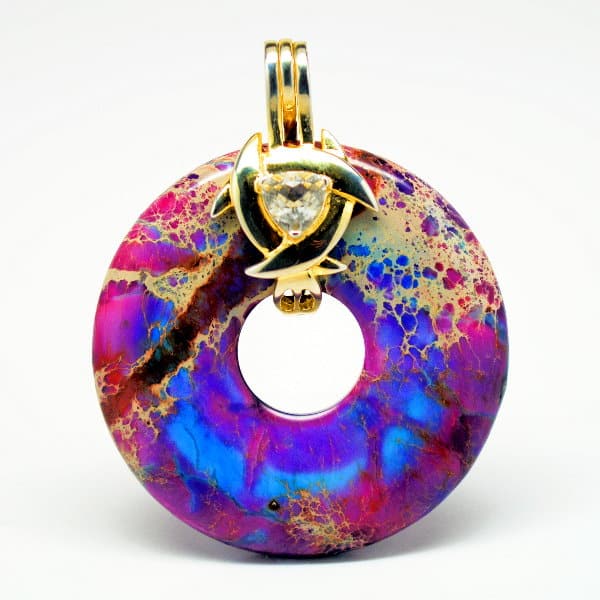 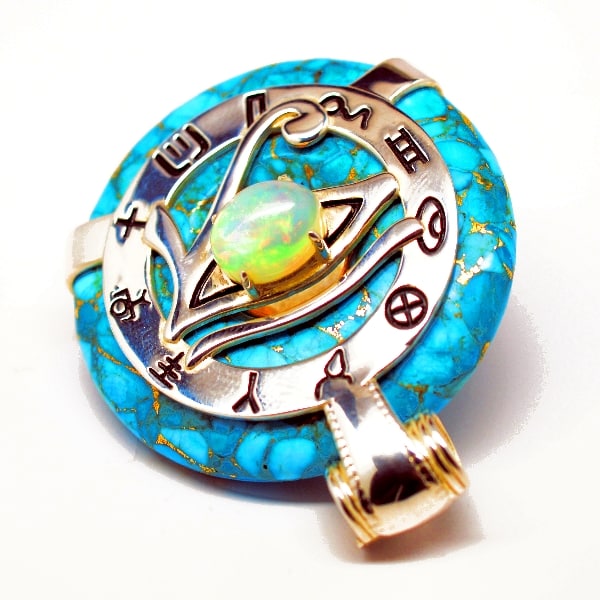 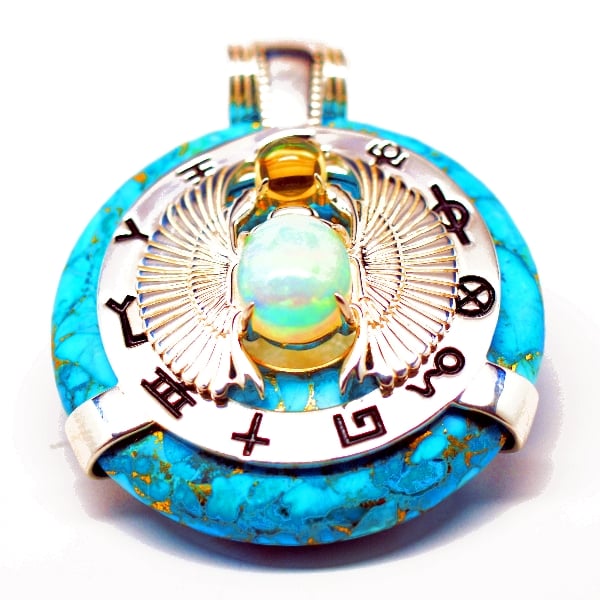 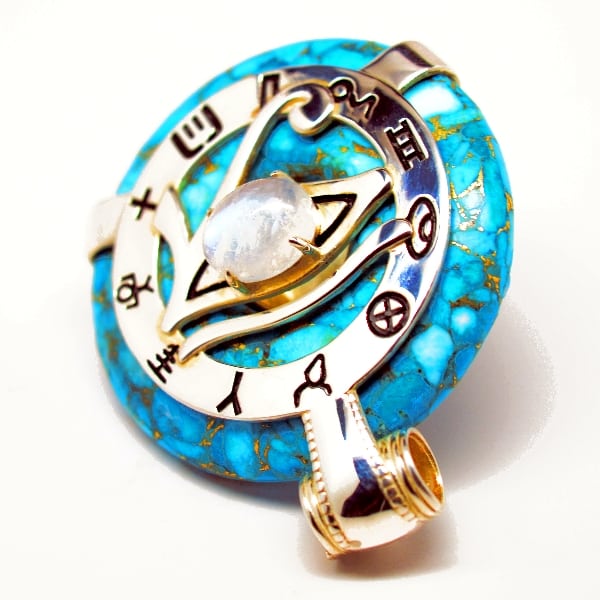 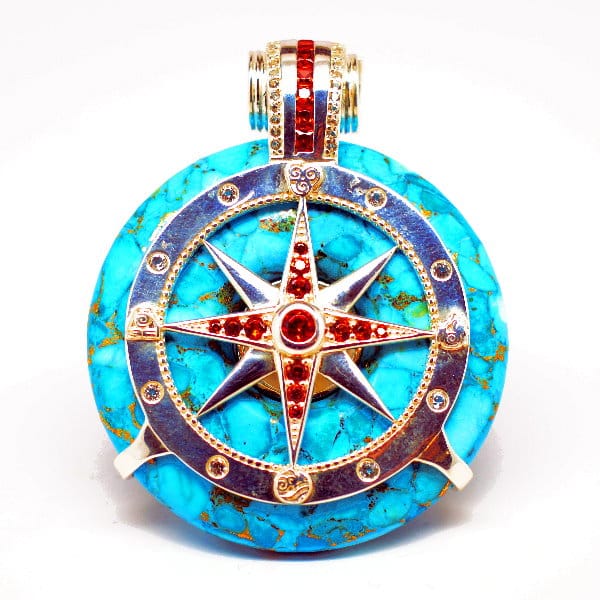 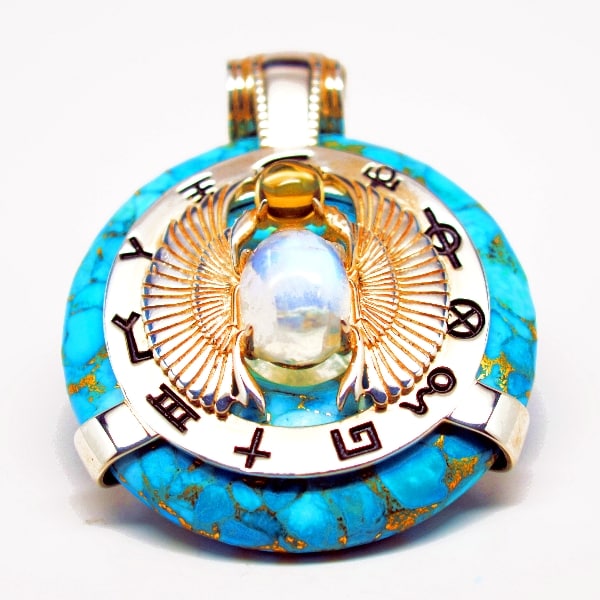 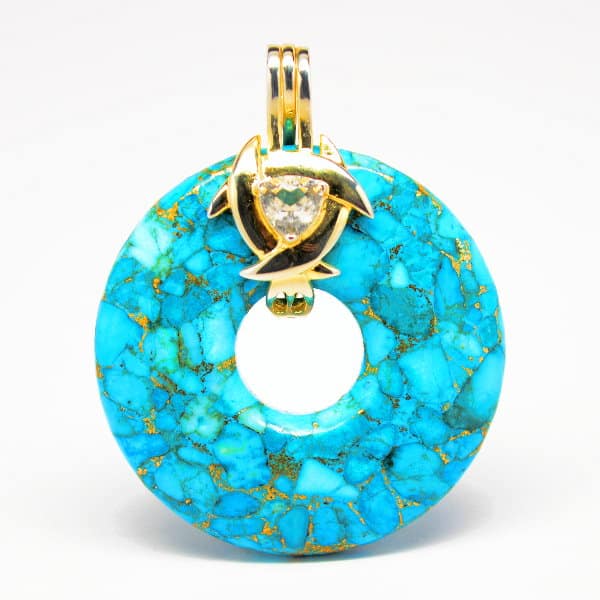 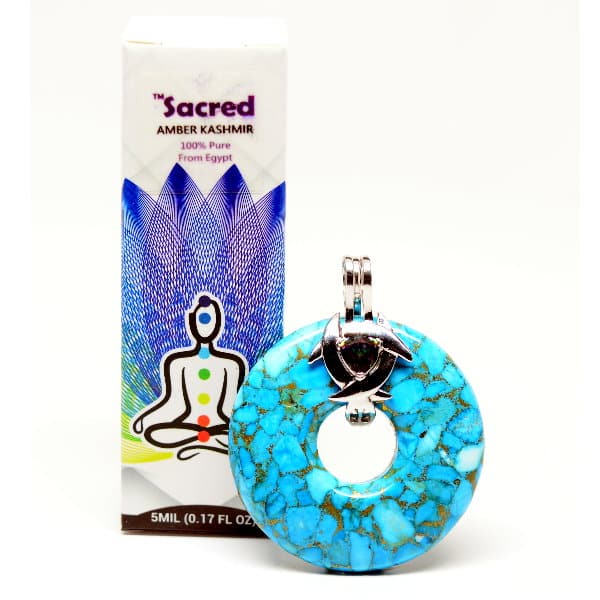 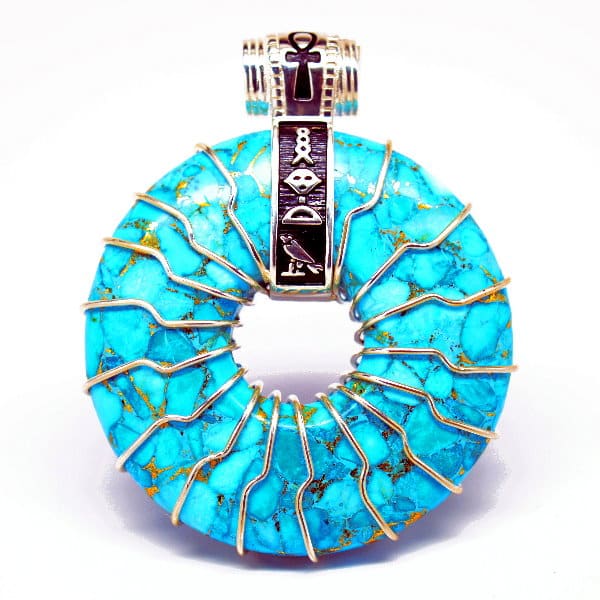 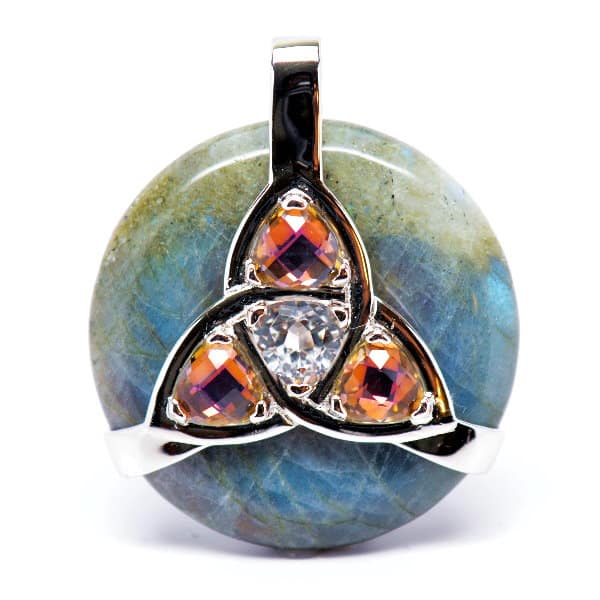 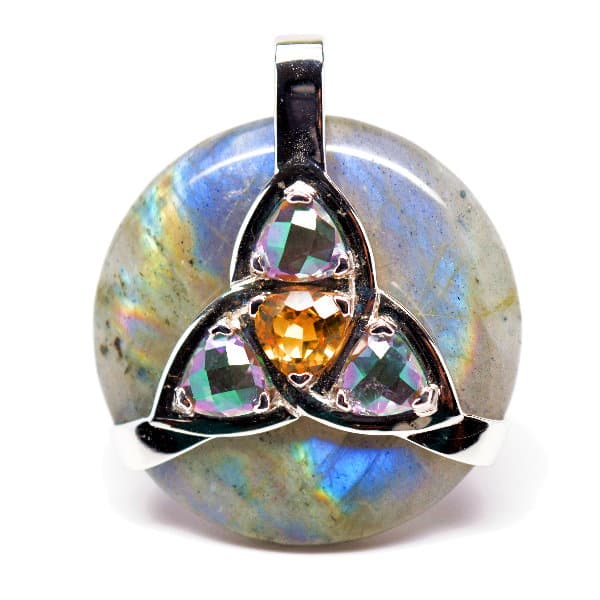 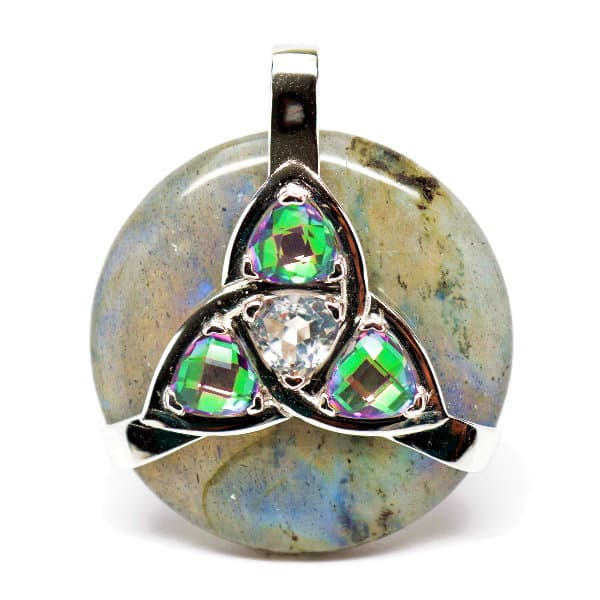 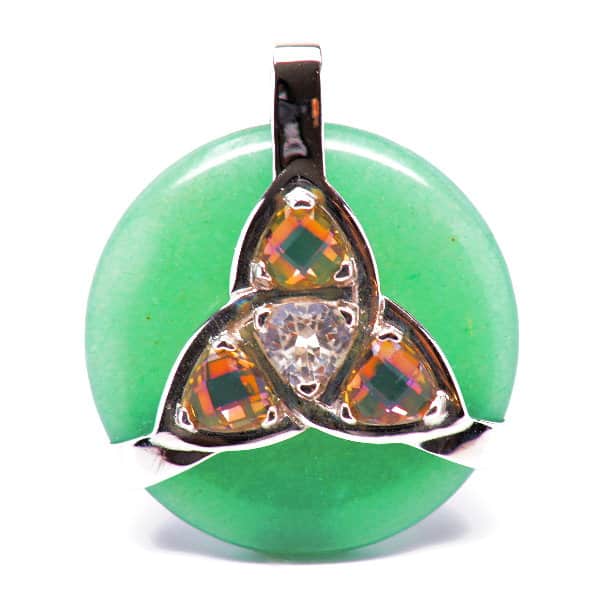 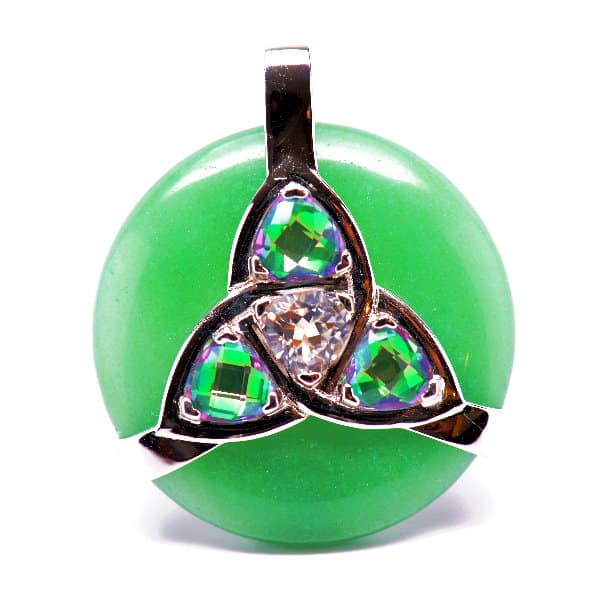 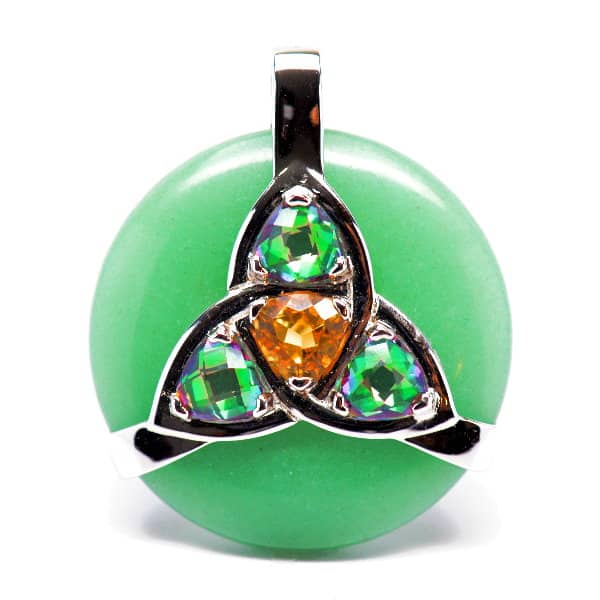 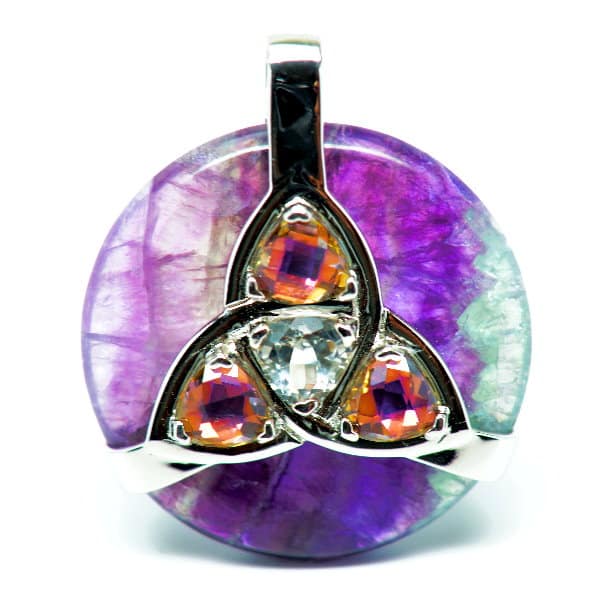 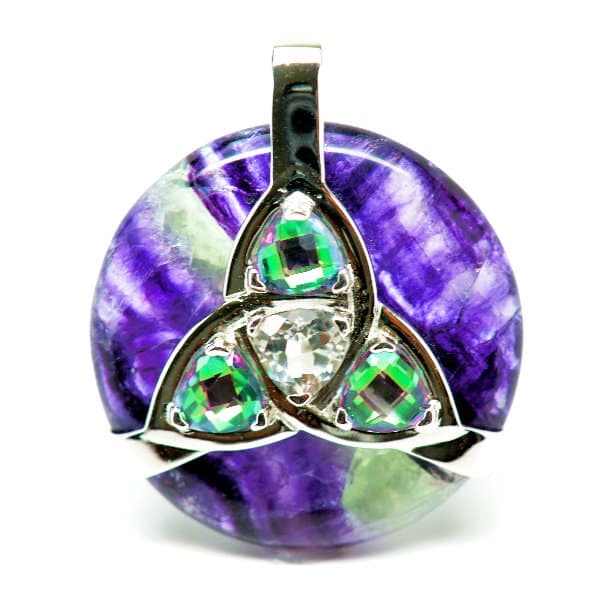