(The story of a Volunteer who came to Earth)

A long time ago, in a land far, far away there lived a very ancient being who had existed since the beginning of time. This being and her family traveled the Universe, seeding planets with life and teaching their creation everything they needed to know to live in harmony with their world. They travelled to every corner of every galaxy, watching as entire solar systems were created, seeing the birth of stars and planets, observing all the wondrous phenomena of the Great Architect painting the Universe. And this life that this ancient being lived was absolutely beautiful and perfect.

Eventually, this very ancient being and her family of creators made their way to a newly formed part of the Milky Way galaxy and seeded life on a planet called Earth where they were tasked by the Creator to do an experiment with this creation and gift this new race with something extra special. Instead of seeding Earth with just any old bi-pedal lifeform, they were to blend the seeds of life with that of their own to create something very unique in the Universe. They were to teach them their ways of being, and then allow this new creation the free will to take any path they so desired. But they didn’t just leave this creation to their fate, but watched them as they evolved throughout many thousands and thousands of generations. 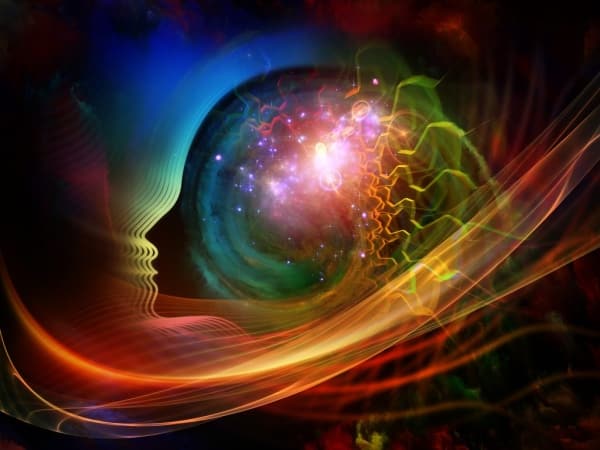 As the new humans began traveling down a road into darkness, becoming destroyers of their planet and each other, the Earth sent out a call to any beings in the Universe that could help. This ancient race who had created these humans had to answer. And thus it was that one of these beings was incarnated into a tiny little human baby girl, knowing that she would forget who she really is once she passed through the veil into human existence. But she felt confident that she was up to the task of helping humanity and would have no problem remembering why she was there.

And this little girl was just your average, run-of-the-mill girl with no special qualities or talents. Born into a family that neither wanted nor approved of her, she grew to be a very determined person…determined to prove herself, determined to be accepted, determined to be loved, determined to be respected. She learned at a very young age that only perfection would be acceptable to those she sought love from. So she worked hard and made perfect grades, wore the proper clothes chosen for her, played with the right children that were appropriate influences, and never, ever had an opinion of her own.

While she strived every day for the perfection that was expected of her, it was always just out of reach. Finally, she just gave up trying to be perfect. She rebelled and became quite an angry, sad person.

By the time she was 22, she decided that she was done with life and the everpresent struggle to figure out who to be in order to be loved by another. So she swallowed the contents of an entire bottle of pills, knowing she was finally going to be free. But alas, she couldn’t even perfect her own suicide and woke up 2 days later in a hospital room, her eyes so swollen she could barely see the very disapproving looks on the faces of her family sitting in front of her. She immediately began concocting a story to tell them about how she didn’t really mean to try and kill herself, in hopes they would believe her and take pity on how horrible her experience must be. But that wasn’t meant to be her story.

After a couple of years of therapy, she managed to convince both herself and her therapist that there was absolutely nothing wrong with her. It was everyone else and she was just a victim of their torments. She left therapy feeling the victor after successfully blaming all of her problems on the world outside of her.

Realizing that she was now an adult, it became obvious that the only person she could count on was herself. She began working hard and finally worked her way into a really great sales job at a relatively new company. This new job was fascinating because it afforded her the ability to make her own schedule and appointments and it payed quite a lot of money if you did well. And she did. She did so well that by the end of her 2nd year, she was in the top 1% of her company, which was now 50K employees strong. She won a trip to Hawaii and was nationally recognized for her outstanding sales achievements. During this time, she had also met the man of her dreams, and got married. Finally she was on top! Finally she was loved! And not just by a person, but by a whole organization!

After working for several years, she became bored and the accolades became fewer and fewer. She started asking herself, “Why am I here? What is my purpose?” She’d reached the top of her field, had a great marriage, lived in a nice house, drove a nice car, everything she ever dreamt would bring her happiness and love. But there was still an emptiness in her. A deep longing for something meaningful, something lasting, something bigger than anything she’d ever known or experienced. So she began searching…

Her search took her to the far east traditions of Buddhism and Hinduism, then west to the ancient Jewish mystical teachings of Kabbalah, and finally one day, she received a very clear message in a dream that said, “Let your Soul guide you”. She immediately stopped looking outside of herself for the answers and began just sitting quietly, waiting for the answer to come from somewhere within her. And answers did come…painfully slowly at first, glimpses of something grander than herself, but just out of reach. Every day, she would spend 1 hour sitting in quiet contemplation, eyes closed, trying to force answers to come. It wasn’t until she was about to give up with this little experiment that she heard very clearly, “stop trying and start allowing”. So she stopped trying to force it and just allowed whatever thoughts or images to pop into her mind to come, and come they did. And once they started coming, it was as if the floodgates were open! She learned a lot in the first year of daily meditation. 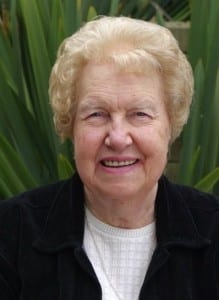 When she went for her session, she only had a short list of questions relating to her life experiences as she figured she’d gotten most of her answers in meditation and this method was for the big stuff. Well, that session took her all the way back to her Souls creation at the Source of all things. She learned that her entire life of feeling alone, without love, was one of her biggest lessons because she wanted to understand what the humans were feeling here and what was driving them into this darkness. In this deep state of hypnosis, she learned that it was to be ok being alone, because being alone doesn’t mean being without love. She remembered in these precious moments her divine connection to all things, to the Creator of all things, and herself. 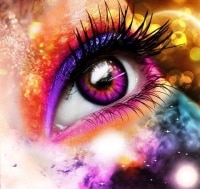 That first session gave her a lot to consider about her perception of her human life. She spent the next two years working on changing her views of her experiences and looking at how they were teaching her about what it had been like for this very special creation, how her experiences were masterfully orchestrated to move her toward wholeness rather than punishing her. She began to feel gratitude towards those who had hurt and abandoned her. Little by little, she began feeling gratitude towards the world in general, and she noticed that the things she experienced in the outside world began to change! As she changed the way she saw the world, the world conformed to her new vision.

She went on to have another session a couple of years after the first one and the curtain was pulled back even further, allowing her even more remembrance about WHO she really is. Well, this was just wonderful because now she had more “home work” to do and this inner work/reflection became her purpose in life. She wanted to understand everything her Soul had ever experienced. Knowing herSELF was like discovering she had a secret superpower and she definitely wanted to know how to use it!

She knew that it was time to share her gift of Quantum Healing Hypnosis with others, allowing anyone on a path of self awareness the opportunity to do it in the most loving way possible…to hear what they need to hear directly from their own Soul. So she took the training with Dolores Cannon and became a practitioner, paying forward the opportunity to realize our BEST LIFE is waiting for us. Now, this very average girl lives a human life reminiscent of the life she has in her true form as this very ancient being, extremely grateful for every moment she has to help humanity to remember how very special and amazing they are, empowering each person the opportunity to speak directly with their Soul to receive the answers they so long to find.

The End…or is it the beginning?

If you are ready to journey into your own higher consciousness that allows for a direct connection to the vast wisdom of your Soul’s collective knowledge and truth of who you really are & why you’re here? Contact me for your ticket to ride!

(Sessions are conducted both online, via Zoom, and in person in the Houston, TX area.)

Catherine Wyatt is a Quantum Healing Hypnosis Level 2 Practitioner Certified in the Dolores Cannon QHHT Method of past life regression, and the creator of Soul Journeys Hypnosis, a unique hypnosis experience that allows one to explore Cosmic Consciousness, gaining access to multidimensional realities. Her hypnosis sessions are offered both online and in person at her office in the Houston, TX area.Because Catherine has been gifted remembrance of her Highest Self, she is able to connect to that realm and bring forward messages to others from their Higher Self in the form of Light Language Sound Healings.For more information, please visit her website at: www.catherinewyattqhht.com
View all posts by Catherine Wyatt →